An Ohio high school student is now considering a lawsuit after school officials searched his car without his consent and found a pocket knife, leading to his arrest. 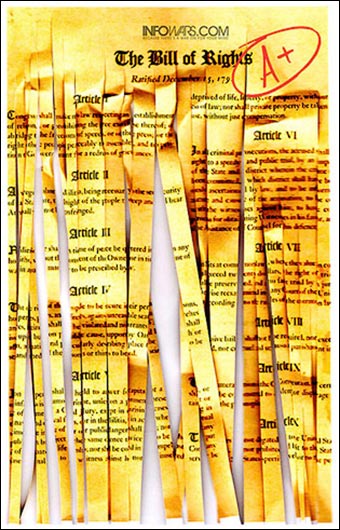 He was charged with “illegal conveyance of a weapon onto a school ground” despite the fact that the knife was found in Wiser’s first responder vest and used for slicing an accident victim’s seatbelt.

“I declined to allow them to search myself or my car and that I wanted to talk to my lawyer or my father,” Wiser told Fox News. “They told me it wasn’t an option.”

The school officials claimed that they had “probable cause” to search Wiser’s car based on a message Wiser supposedly wrote on-line and that possession of the pocket knife was a violation of the school’s “zero tolerance” policy.

“We indicate that we have the right to search, and he was aware of the policy,” school Superintendent Jerome Brockway said, who seemingly thinks that school policy trumps the Fourth Amendment.

Wiser stated that he is seriously considering a lawsuit.

“It is definitely an option,” he added.

The officials apparently thought that reading an on-line message Wiser supposedly wrote gave them probable cause to search his vehicle without a warrant.

This unreasonable search is similar to one that occurred at a private school in Pennsylvania where a student was strip searched by staff who claimed that she did not have constitutional rights because she was in a private school.

And additionally, school officials have once again derailed and perhaps even destroyed a student’s future through their “zero tolerance” policies.

In February, a Chicago school suspended an eighth grader under its “zero tolerance” guidelines after he allegedly threw a snowball in a police officer’s general direction.

The eighth grader claims, however, that someone else in the group of around 15 kids was the culprit.

And in January, a Pennsylvania school suspended a 10-year-old after he mimed the action of firing an arrow from an imaginary bow.

Fortunately in this incident, the school lifted the suspension after a civil liberties watchdog group intervened.

But as long as “zero tolerance” policies are in place at public schools, students will continue to be suspended, expelled and even arrested for conduct regardless of how minor or non-threatening it is.