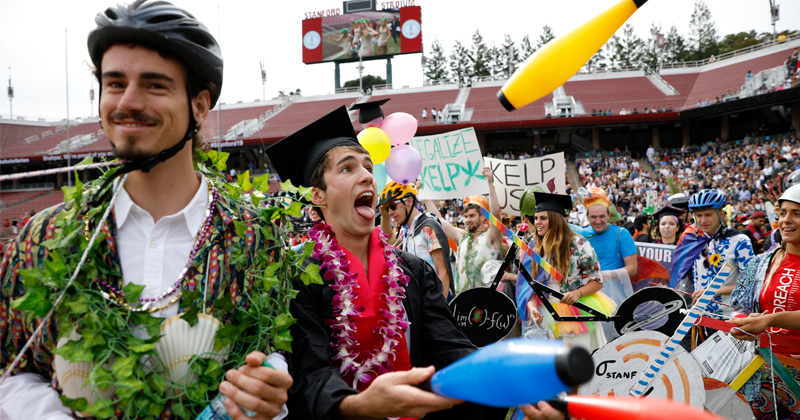 Even as student loan debt soars in the US, college enrollment is actually falling.

The post-secondary student headcount during the fall semester, including both graduate and undergraduate students, dropped 1.3% year-on-year, according to data released by the Student Clearing House. Enrollment in colleges and universities dropped by over 231,000 students to a total of 17.97 million.

The drop in enrollment between 2018 and 2019 continues a trend we’ve seen since its peak in 2011. That year, 20.14 million students were enrolled in colleges and universities. Since then, enrollment has dropped by 10.8%.

For-profit colleges have seen the biggest drop in enrollment, with student headcounts falling by 54% since the fall of 2010. Enrollment at public two-year schools, such as junior colleges, has plunged by 22% since 2011. Private 4-year schools have defied the trend, gaining students over the past decade, but enrollment in those institutions fell 0.6% over the last year. Enrollment in public 4-year universities has also risen slightly since 2011, but fell by 1.2% over the last 12 months.

In a nutshell,  we have fewer students borrowing more money to finance their educations.

Why is enrollment dropping? WolfStreet speculates that it’s primarily an issue of cost. Even with the availability of student loans, students are being priced out of college.

“The overarching theme is the horrible expense of getting a higher education, as each layer element in the University-Corporate-Financial Complex extracts its pound of flesh, largely funded by parental sacrifices and by student loans, which are a mix of taxpayers funds when the loans default and students’ future sacrifices when the loans don’t default. The vision of a pile of student loans for years to come act as a discouragement to students who spend more than two minutes thinking about it.”

The widespread availability of student loans was pushed by the government and was supposed to make it possible for everybody to go to college. But there was an unintended consequence. It made a university education unaffordable and ended up saddling millions of Americans with crushing levels of debt.

Today, politicians are campaigning to “solve” the student loan problem. Several Democratic Party presidential candidates have floated the idea of simply forgiving the loans. This would leave US taxpayers on a trillion-dollar hook.

As Peter Schiff explained in a podcast earlier this fall, the government created the student loan problem these politicians want to “solve.” Before the government got involved, college wasn’t all that expensive. It was government policy that made it unaffordable. And not only did it manage to dramatically drive up the cost of a college education, but it also succeeded in destroying the value of that degree.

The student loan crisis is an economic timebomb waiting to go off.

In a speech late last year, Education Secretary Betsy DeVos revealed just how significant the level of student debt has become, noting that it comes with “significant risk.”

“At 1.5 trillion dollars, FSA’s loan portfolio is now one-third of the Federal government’s balance sheet. Last year, uncollateralized student loans—which are all of them, by the way—accounted for over 30 percent of all federal assets. One-third of the balance sheet. Only through government accounting is this student loan portfolio counted as anything but an asset embedded with significant risk. In the commercial world, no bank regulator would allow this portfolio to be valued at full, face value. Federal Student Aid has a consumer loan portfolio larger than any private bank. Behemoths like Bank of America or J.P. Morgan pale in comparison. FSA also is the largest direct loan portfolio in the whole Federal government—by far—surpassing all other federal direct loans combined by 1.1 trillion dollars.”

DeVos admitted that the spiraling level of student debt has “very real implications for our economy and our future.”

“The student loan program is not only burying students in debt, it is also burying taxpayers and it’s stealing from future generations.”

The student loan mess is yet another bubble created by the government. And like all bubbles, it will eventually pop.