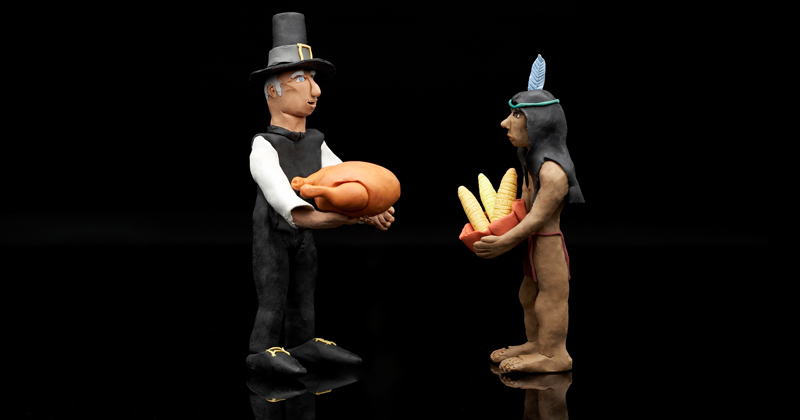 Campus Reform Digital Reporter Eduardo Neret went to the University of Florida to ask students about Thanksgiving. With recent attempts to tie the holiday to “racism” and “genocide” of Native Americans, Neret asked the students if they believed Thanksgiving is a celebration of genocide.

“As a country, we should definitely examine the genocide of native people,” one student responded.

“I kind of believe that Thanksgiving as a holiday is kind of unnecessary,” another student said before adding that “Thanksgiving should even possibly be changed to an Indigenous Peoples’ Day.”

“It’s kind of like, a BS holiday,” a different student told Neret.

Campus Reform also asked students if young children dressing as natives and pilgrims was offensive. Several students said it was offensive and pointed to the native tribes being part of a culture, but one student added that it would also be offensive to pilgrims, who were part of a religious sect.

One student disagreed with this assessment and argued that because pilgrims were white, it would not be as offensive to dress like one.

“I don’t necessarily care about offending, like, white people,” she said.

How did other students respond? Watch the full video to find out: