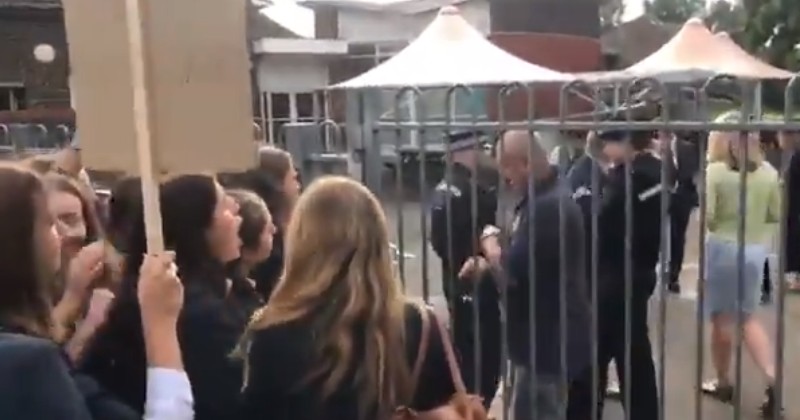 Female students at a school in the UK were prevented by officials and police from attending class because they refused to comply with a new “gender neutral” uniform policy.

Around 100 students protested outside the gates of Priory School in Lewes in response to a letter sent at the end of the summer advising they would be mandated to wear trousers at all times.

The school claimed that the policy change was put in place to “address inequality,” and be “inclusive,” but students and parents were outraged.

Hats off to the girls at a Sussex secondary school who are refusing to comply with new rules requiring them to wear 'gender neutral' uniforms. The gates were closed on them because – shock, horror – they want to continue wearing skirts! All power to them! pic.twitter.com/wwikWo6l53

Students carrying signs that read “choice” were turned away at the gate, with police officers aiding school officials in the dispute.

Others complained that they were being made to pay out over £100 for another uniform that would last just 9 months.

Maria Caulfield MP for Lewes asserted it was “ridiculous” to tells girls they couldn’t wear skirts.

“It is political correctness gone mad,” she said.