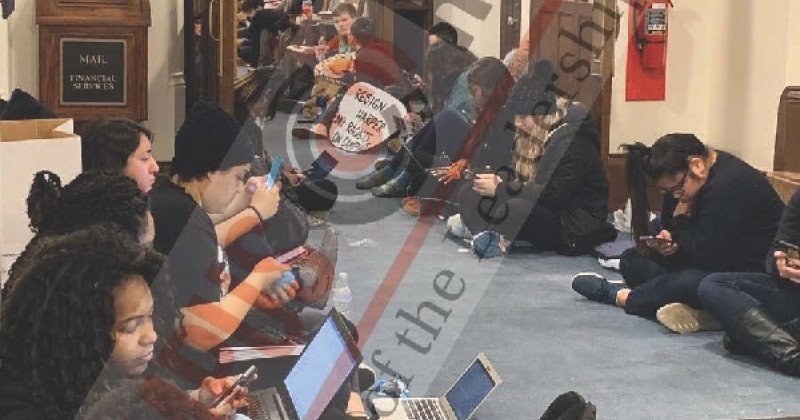 Students at the University of Oklahoma staged a sit in protest after a professor quoted a historical document that contained the n-word before demanding that a Popeyes chicken restaurant be opened inside the university as part of “diversity” reparations.

A letter sent by OU President Joseph Harroz Jr. explains how a female professor gave a “trigger warning” before using the word but that this did “not lessen the pain caused by the use of the word.”

“For students in the class, as well as members of our community, this was another painful experience,” wrote Harroz Jr.

In response to the incident, the university is now instituting mandatory “diversity, equity, and inclusion” training for all faculty and staff, which will include “implicit bias” training.

However, this was not enough for ‘woke’ students who were offended by hearing the word.

True to form, the group immediately released a list of demands which included the creation of a “Multicultural Center” for “marginalized groups on campus” that would include a Popeyes chicken restaurant.

They are vowing to continue the protest until these demands have been met and OU Provost Kyle Harper has handed in his resignation. Early indications suggest the university is willing to cave to them.

“While I don’t think it’s okay to say the word, I do know that she did not mean the word in a racist or derogatory way,” one student told Campus Reform. “She was simply reading a speech word for word. I think it’s ridiculous that BERT is making this a racist incident when it was not.”