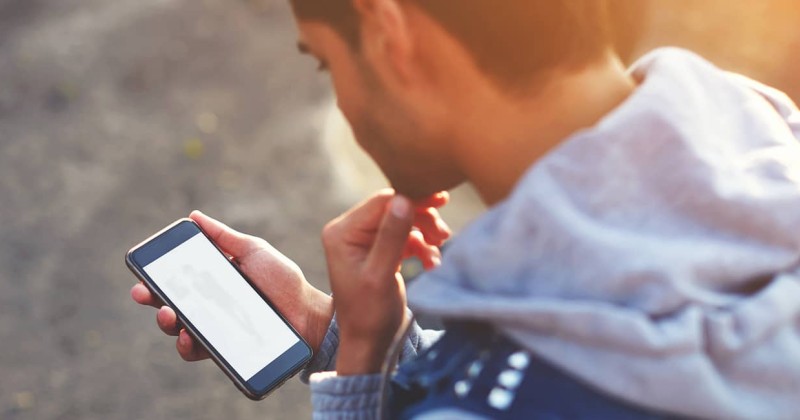 Smartphones continue to be one of the biggest distractions that teachers of all levels have to deal with in the classroom.

Now, according to the WSJ, teachers are dealing with a consequence that nobody ever could have imagined when taking kids phones in order to provide a distraction-free learning environment: separation anxiety.

Teachers across the US are comparing notes on what the best ways to manage this anxiety are. Some of them allow students to physically hold their phones in pouches that they can’t open during class. Others let students charge their phones at stations in class instead of having to leave them alone in their lockers.

Some teachers even offer extra credit to students for being able to part with their phones during class.

Nick Begich hosts the 4th hour of The Alex Jones Show to expose the tactics of data collection used to manipulate the public.

South Bronx Early College Academy Charter School had to find a way to stop students from sneaking out of class to their locker to check their phones. They took the route of buying foamlike pouches that won’t unlock without a special magnet.

The school lets students decorate their pouches and personalize them to “make them as cool as humanly possible for something that’s restricting them from their device,” according to the school’s principal, Brian Blough.

Blough says students were “fiending” the first few weeks waiting to have their pouches unlocked after the school day.

He eventually gave up on trying to figure out a way to open his pouch. “I didn’t like it because I really wanted to get to my phone, but at the same time I didn’t hate it because it helped me get better grades,” he admitted, likely begrudgingly.

YouTube eve shows some “hacks” to try and get the pouches open, including one video that shows people lighting the pouches on fire.

Other schools, like High Point Academy Fort Worth in Texas, use apps that track how much students touch their phone during school hours. Students can earn points and rewards for not touching their phones during school hours, including Starbucks drinks and credits that allow them to drop their worst test scores.

Teacher Jayne Lawrence says the app works better than taking the phone. “The quickest way here to burn a relationship is to take something from them,” she commented.

Joseph Riffle in Fairborn, Ohio took a different approach with his students. The school allows them to make their own policy when it comes to phones, so he set up a charging station in the front of the room that allows his students to look at his phones from afar.

“The expectation was you turn in and you plug in,” he said.

But other schools say confiscating phones at the beginning of the school day is the only way to block all phone related distractions. Some schools threaten to put their students’ phones in a locked “cell block” to try and get students to comply with school policies.

At DREAM Charter School in New York, the school ditched collecting every phone in favor of a reward system that allows students to hold their phone instead of keeping it in a locked pouch. The students earn credits for good grades and “persisting through challenges”.

Roosevelt High School in Seattle saw a positive response from parents when it said it was going to require students to lock their cell phones away from the day. Parents sent the school “thank you notes and e-mails” after the policy change.