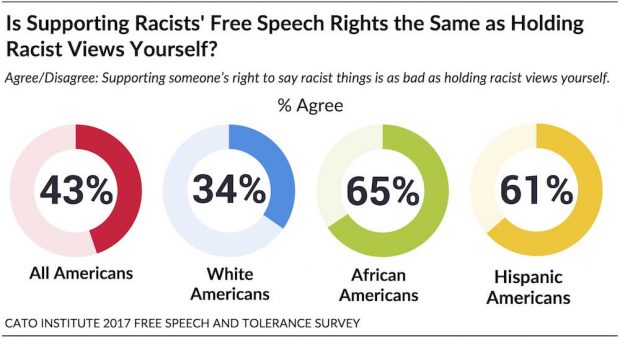 Released by the Cato Institute, the survey found a stark political and racial divide among Americans in regards to the First Amendment and free speech.

Unsurprisingly, Democrats and self-described liberals were most supportive of not only limiting speech but of using the government to enforce their views. Republicans also favored retaliating against free speech practices they felt were disrespectful.

The survey also found that conservatives are much more likely to censor their viewpoints due to the current political climate. 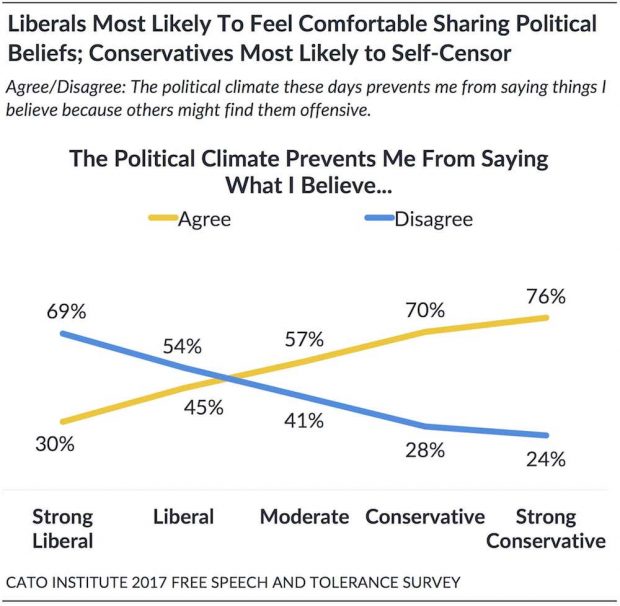 Other findings included majority liberal support for using violence against anyone deemed a Nazi and large support among Republicans for revoking the citizenship of anyone who burns the American flag.

Comments regarding immigrants, the police and transgender people were also discussed. The vast majority of leftists also believe hate speech is an “act of violence.”