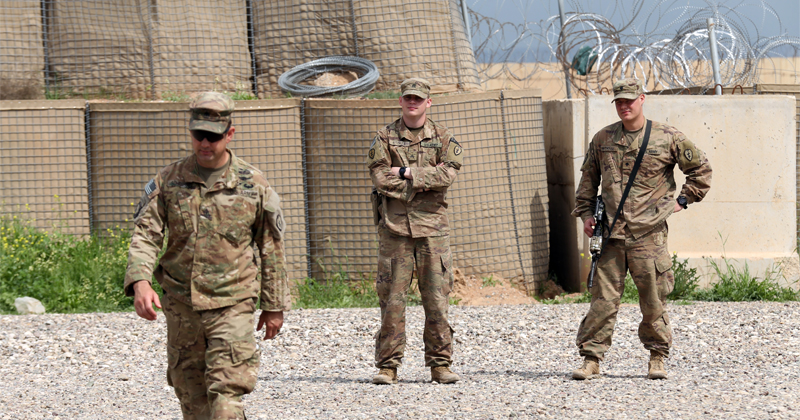 The saying, “what doesn’t kill you makes you stronger,” doesn’t necessarily hold up when it comes to military mental health. Michigan State University is the first to examine veterans’ personalities before and after deployment to measure psychological changes resulting from combat.

The study, published in Journal of Personality, was born through a partnership between MSU and the United States Army because military leaders wanted a better understanding as to why some soldiers struggled with reintegration to civilian life while others did not.

“Veterans’ substance abuse, domestic violence and suicide rates are higher than other populations; the Army knew it was time to more closely track psychological traits before and after they deployed,” said William Chopik, associate professor of psychology at MSU and lead author. “Our research suggests that many mental health struggles existed before they were sent overseas.”

As the largest study of its kind, more than 212,000 men and women Army active duty personnel completed a questionnaire that measured different psychological characteristics before deployment and after returning from combat.

“The questionnaire measured 24 ‘character strengths,’ ranging from appreciation, courage and temperance to bravery, humor and love,” Chopik said. “Having high character traits is something we associate with people who don’t suffer from mental health conditions.”

“Our findings suggest that people who are stable with positive character strengths prior to deployment – which was the majority of soldiers – don’t have high rates of substance abuse, depression or other struggles once they return from combat,” Chopik said. “If someone from this group struggled once coming home, they were able to bounce back.”

On the other hand, the 40% who went into the Army with lower character strengths experienced further declines, with only small improvements over time.

“If you’re humble, forgiving and honest before deployment, you’ll likely come home that way,” Chopik said. “But if you’re struggling before, you’ll struggle later. Combat intensifies and exacerbates the low character strengths in nearly 85,000 soldiers – which is a substantial number of people who are at-risk for major mental health issues.”

The Army is using the research findings to boost its efforts in developing resources that will help the 40% of its struggling veterans assimilate to civilian life, Chopik explained. He also said that the Army is taking a closer look at mental health before and after allowing soldiers to begin active duty.

“This is a scenario in which the effects of trauma are clearly pronounced,” Chopik said. “Times have changed in our society, and we’re paying much closer attention to military mental health than we did in the 20th century.”

Chopik hopes that the public will be more sensitive to the fact that traumatic experiences – like serving in the military – are exposing people to experiences that can have long-lasting changes and effects on their personalities.

Alex Jones breaks down the globalist agenda to destroy America hiding out in a supposed movement for racial equality, playing on people’s guilt to submit to an unelected power.