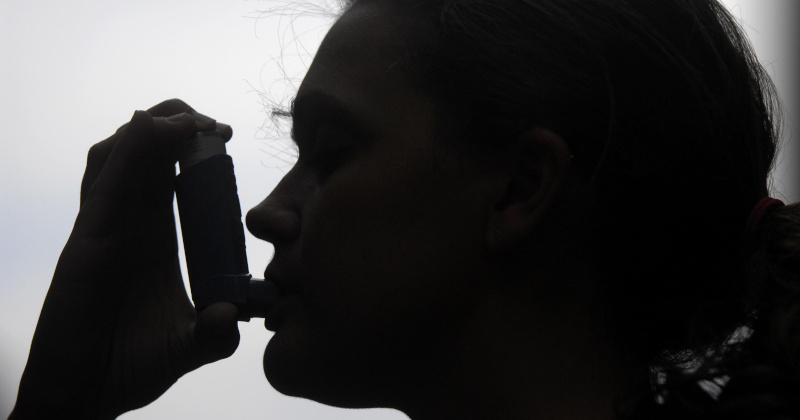 In a breathtaking display of hubris, a new government report suggests that people with asthma can lower their carbon footprint by switching to “greener” medications, but the suggestion has generated outrage on social media.

Of the 50 million inhalers prescribed in the UK in 2017 for the roughly five million asthmatic patients, seven out of ten emitted the greenhouse gas hydrofluoroalkane, which is used as a propellant to deliver the medicine into the lungs.

A new report by a Cambridge University team suggests that switching to a different type of inhaler could be as big for the environment as becoming vegetarian or committing to fervent recycling, though patients should check with their doctor before making the switch.

Alex Jones is joined by Norm Pattis and Will Johnson to break down the vile agenda to sexualize children by demonic pedophiles.

So-called ‘metered-dose inhalers’ account for 4% of the NHS’ greenhouse gas emissions and the researchers suggest that replacing just one in ten of these inhalers with the dry powder kind would reduce CO2 emissions by an estimated 58 kilotonnes, the equivalent of 180,000 car journeys from London to Edinburgh.

On an individual level, they argue, it would be the same as cutting meat from your diet altogether, saving the Earth from between 150 and 400kg of carbon dioxide.

Unsurprisingly, the report was met with outrage online. Many criticized the targeting of people with a chronic and potentially life-threatening illness in the same way multinational corporations are targeted.

“Oh good, now we’re going after asthma patients and asking them to change their inhalers to ‘save the planet’” wrote one irate Twitter user, in a sentiment shared by many.

Dry powder inhalers are bloody hard to use when you are shaking and cant breathe.

This is stopping disabled people using plastic straws all over again.https://t.co/Ymjazsk0aG

“No. I’m not switching. Because I’m asthmatic, I don’t use hairspray, aerosol deodorant, or other aerosol sprays. That’s me saving the environment. Until everyone else does everything they can to prevent #ClimateChange I’m not changing inhalers,” came another response.

“The reason people use gas inhalers instead of dry powder is because you may not have the f-ing strength to take your life saving meds otherwise,” another person pointed out.

Some were rather more pointed in their remarks. “All just f**king DIE SHALL WE,” one commenter asked. While another said: “Oh sorry I was born with s**t lungs and need those meds.”

Though a select few met the news with pithy, acerbic wit: “Holding my breath will no doubt help too.”

This compilation of clips shows how Drag Queen story hour is a mechanism to groom and sexualize children for pedophiles.