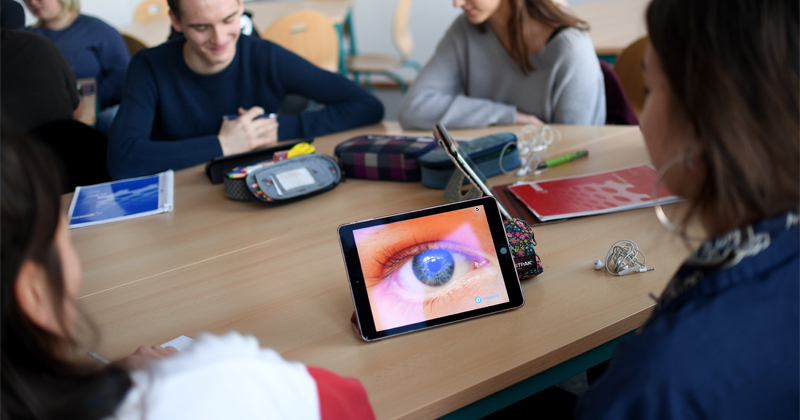 You might think social media is addictive, but how do certain platforms measure against one another? Researchers from Michigan State University and California State University-Fullerton conducted the first study comparing problematic use between Facebook and Snapchat — while also uncovering surprising findings about users’ personality traits.

“Both Facebook and Snapchat have separate features that make users want to keep coming back and using these platforms,” said Dar Meshi, a cognitive neuroscientist and assistant professor in MSU’s College of Communication Arts and Sciences. “We were interested in measuring not only problematic use, but also the specific social rewards people might be looking for when using them.”

The study, published in the journal Addictive Behaviors Reports, measured 472 college-aged participants’ time spent on the two platforms, quit attempts and problematic use. The researchers also asked participants to fill out a questionnaire that measured their preferences for social rewards — or, types of social interactions they enjoy — such as admiration, passivity, prosocial interactions, sexual relationships, sociability and, lastly, negative social potency.

“We found that participants spent more time on Snapchat than on Facebook, and they also demonstrated more problematic use of Snapchat,” Meshi said. “Surprisingly though, participants reported more attempts to quit Facebook.”

While Meshi and co-author Ofir Turel, a professor of information systems and decision sciences, did not examine what specific mechanisms within the two platforms led to problematic use, they did find a psychological parallel with users’ problematic use.

“Remarkably, we saw a correlation between problematic use on both platforms and negative social potency — which is people’s desire to be cruel, callous and use others for personal gain,” Meshi said. “These survey items asked about one’s enjoyment embarrassing or angering others, for example.”

The other surprising finding, Meshi said, was that participants attempted to quit Facebook more than Snapchat.

“Given our finding that college students’ use of Snapchat is more problematic, we thought there would have been more attempts to quit or curtail use,” Meshi said.

Meshi explained that understanding which social reward preferences are related to problematic use is essential for clinical psychologists as they treat patients.

“If there’s a patient who says they’re having problems overusing these platforms, the clinician will have a better understanding as to what drives them socially and should be better able to help them,” said Meshi.

When America fully realizes that there’s a Globalist-Satanic spiritual attack on everything they stand for, there will be change.