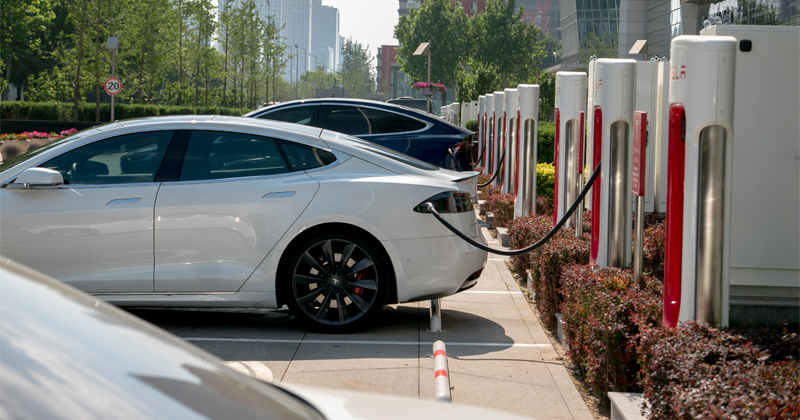 A new whitepaper shows that the “fast charging” feature of many Tesla charging stations along the nation’s highways may actually be doing more harm than good.

These stations can subject batteries to high temperatures and high resistance that can then lead them to crack, leak and lose their storage capacity, according to Science 2.0.

Instead, the industry should be seeking out ways to charge at lower temperatures with less risk of “catastrophic damage”, the study concludes.

For the first 13 charging cycles on a Tesla, battery storage capabilities remained similar between normal charging and rapid charging. But after that, the “fast charging” technique caused capacity to fade “much faster.”

The blog then notes:

“At 80% capacity, rechargeable lithium-ion batteries have reached the end of their use life for most purposes. Batteries charged using the industry fast-charging method reached this point after 25 charging cycles, while internal resistance method batteries were good for 36 cycles.”

After 60 charging cycles, the industry method battery cases cracked, exposing the electrodes and electrolyte to air, which could increase the chance of fire or explosion.

Professor Mihri Ozkan of UC Riverside concluded: “Capacity loss, internal chemical and mechanical damage, and the high heat for each battery are major safety concerns, especially considering there are 7,104 lithium-ion batteries in a Tesla Model S and 4,416 in a Tesla Model 3.”

As the Democrats begin closing gun stores and prepping the population for martial law, they declare that abortion is essential.