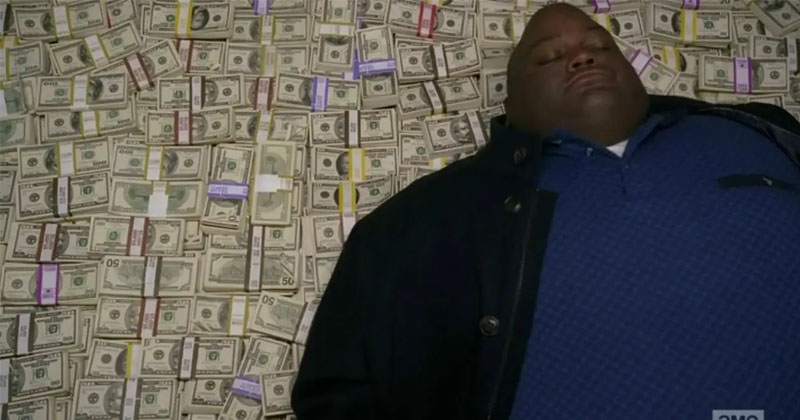 Far-left mayors across the nation backed the Democrats’ call for reparations to 41 million black Americans, which a new study concluded will cost $6.2 QUADRILLION dollars.

The U.S. Conference of Mayors released a letter of support Friday for Democrats’ radical proposal to form a “reparations commission” to formulate a payment for slavery.

“We recognize and support your legislation as a concrete first step in our larger reckoning as a nation, and a next step to guide the actions of both federal and local leaders who have promised to do better by our black residents,” said the letter from conference President Greg Fischer, mayor of Louisville.

In other words, figure out how to pay black people who never experienced slavery with money from everybody else who didn’t participate in slavery.

“The commission aims to study the impact of slavery and continuing discrimination against African-Americans, resulting directly and indirectly from slavery to segregation to the desegregation process and the present day. The commission would also make recommendations concerning any form of apology and compensation to begin the long delayed process of atonement for slavery,” Jackson-Lee said last year.

Interestingly, a new study by a group of college professors called, “Wealth Implications of Slavery and Racial Discrimination for African American Descendants of the Enslaved”, found that the ultimate cost of reparations could be $6.2 quadrillion.

Though the calculation is complicated, it essentially estimates the unpaid hours slaves worked, generates a cost for massacres and discrimination, and adds in interest.

The city council of Asheville, North Carolina has already unanimously voted Tuesday to provide reparations to its black community, though in the form of investments into certain areas rather than direct cash payments.

“Hundreds of years of Black blood spilled that basically fills the cup we drink from today,” said Councilman Keith Young, one of two Black members on the council.

“It is simply not enough to remove statues. Black people in this country are dealing with issues that are systemic in nature,” he added.

Read the U.S. Conference of Mayors letter below: