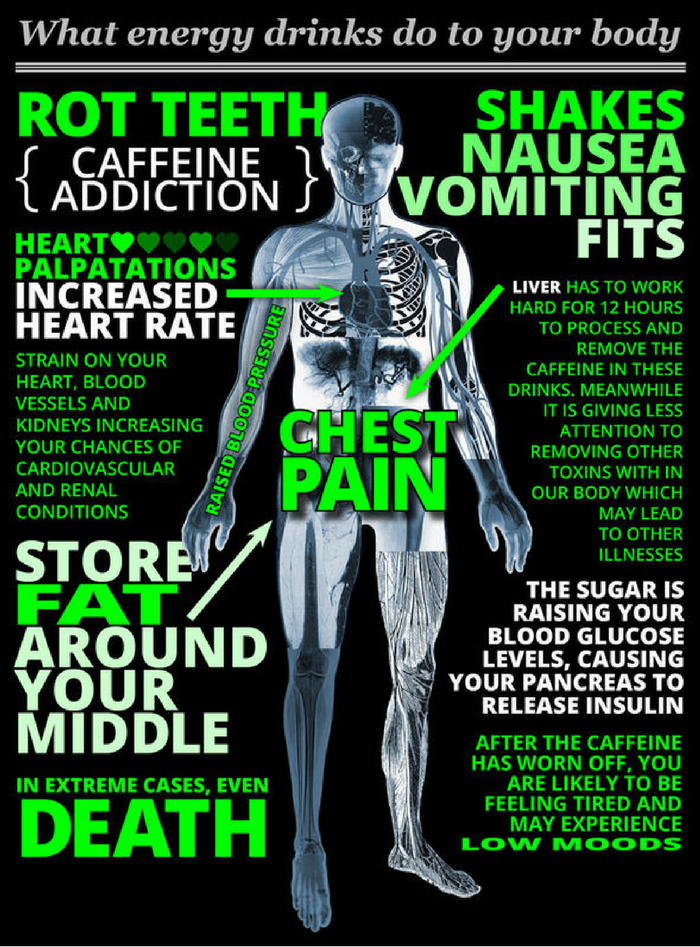 Shocking new research suggests that energy drinks may be a gateway drug to harder substances,including cocaine and non-prescription stimulants.

The study was published on August 14, 2017 in the journal Drug and Alcohol Dependence.

“Because of the longitudinal design of this study, and the fact that we were able to take into account other factors that would be related to risk for substance use, this study provides evidence of a specific contribution of energy drink consumption to subsequent substance use.”

Arria and her colleagues state in the report that an estimated 1 in every 3 American teens and young adults consume energy drinks or energy shots, with 50% of college students reporting having used the beverages in the past month. [2]

Researchers were able to identify energy drinks as a potential gateway drug by controlling for demographics, other caffeine-intake, and other behaviors indicating buzz-seeking behavior. [1]

All of the participants were 18-year-old college students at the beginning of the study. The young adults were surveyed at intervals throughout the study to allow researchers to track changes in these lifestyle factors. [2]

Between the ages of 21 to 25, energy drink consumption fell dramatically, from 63% to 49%. Slightly more than half of the participants fell into the group with a “persistent trajectory,” indicating they continued to consume the same amount of energy drinks over the course of the study. [3]

Those who cut out their energy drink consumption as they got older were less likely to go on to struggle with substance abuse. [2]

The researchers write in the report:

“These findings suggest that ED consumption might be a novel catalyst for AUD (alcohol use disorder) and certain types of subsequent substance use – namely, NPS (non-prescription stimulants) and cocaine use.

Because other caffeine consumption was included in the model, it is intriguing that the relationship with substance use outcomes appears to be specific to ED consumption and not to other forms of caffeine.” [3]

Arria explained that a propensity for risk-taking behavior, susceptibility to peer-pressure, and changes to the brain make energy drink users like the products even more. [2]

“Energy drinks are not as regulated as some other beverages. One policy implication is to consider options for regulating the maximum amount of caffeine that can be put in an energy drink. Parents need to be aware of those risks when their child or adolescent or young adult wants to make a decision about what sort of beverage to consume. They need to be aware of the potential risk.”

It’s not caffeine alone that gives energy drinks such a potent punch. They also contain a number of natural stimulants that, when combined with caffeine, provide a boost. The combination has proven to increase the risk of heart attack and stroke by causing harmful spikes in adrenaline and blood pressure. Moreover, energy drinks are also loaded with sugar and their acidity has been shown to potentially damage teeth.

But aside from these drinks being unhealthy, do you really think they are ‘gateway drugs’ to harder substances, or are ‘heavy users’ of energy drinks simply more likely to indulge in other substances?