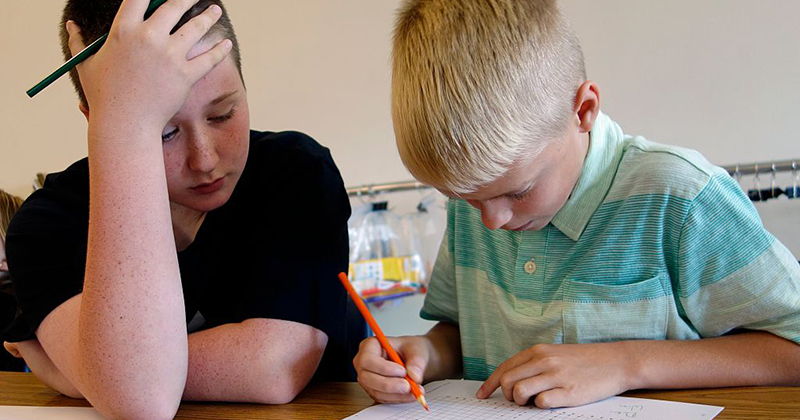 Reading and math scores in the US have suffered ‘historic’ declines since most states implemented the Common Core curriculum standard six years ago, according to a new study from the Pioneer Institute.

While Common Core was promoted as improving the international competitiveness of U.S. students in math, our international standing has remained low while the skills of average and lower performing American students have dropped in both math and reading. –Pioneer Institute

The study notes that in the years leading up to common core, fourth and eight-grade reading and math scores on the National Assessment of Educational Progress (NAEP) were rising gradually (2003-2013). After Common Core was implemented, scores for both grades have fallen – with eighth grade falling nearly as fast as it had been rising.

Alex Jones breaks down how the globalists’ lockdown of society is bringing about a famine of bilbical proportions in the Third World.

The declines were most severe among the lowest-achieving students, which the Pioneer Institute suggests increases inequality.

Scores for students at the 90th percentile have mostly continued their pre-Common Core trend of gradual improvement. But the farther behind students were, the more substantial the declines, with the biggest drops occurring for those at the 25th and 10th percentiles. –Pioneer Institute

According to the Pioneer Institute, Common Core is the product of ‘misguided progressive pedagogies and biases of the education establishment that developed it.’

“Several of us allied with Pioneer Institute have been pointing out, ever since it was introduced, the deeply flawed educational assumptions that permeate the Common Core and the many ways in which it is at odds with curriculum standards in top-achieving countries,” said the institute in a statement.

According to the report lower scores as a result of Common Core were predicted a decade ago.

“Nearly a decade after states adopted Common Core, the empirical evidence makes it clear that these national standards have yielded underwhelming results for students,” said Pioneer Executive Director Jim Stergios. “The proponents of this expensive, legally questionable policy initiative have much to answer for”

“It’s time for federal law to change to allow states as well as local school districts to try a broader range of approaches to reform,” Rebarber added. “With a more bottom-up approach, more school systems will have the opportunity to choose curricula consistent with our international competitors and many decades of research on effective classroom teaching”