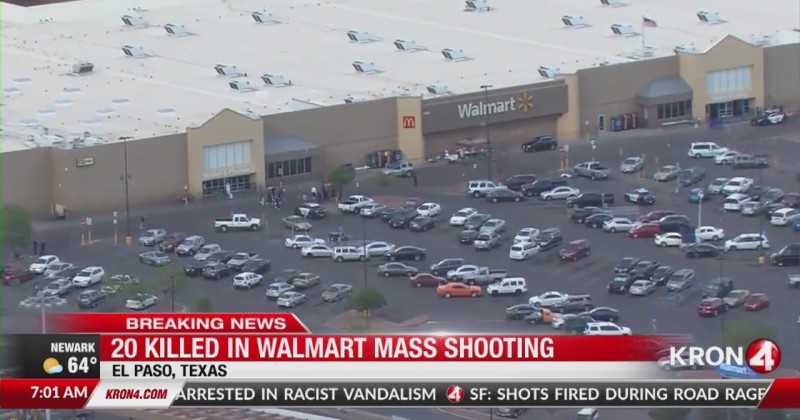 An exhaustive study which collected data from every mass shooting in America since 1966 found that the news media’s fascination with mass shooters is creating more mass shooters.

In the aftermath of tragic events like this past weekend’s two massacres, some commentators have called for the killers to be starved of the ghastly fame they crave and for the media not to reveal their names or identities.

The validity of that position has been bolstered by new research conducted by Jillian Peters and James Densley which was funded by the U.S. Department of Justice.

Tasked with preventing more mass shootings, the researchers discovered “four commonalities among the perpetrators of nearly all the mass shootings we studied.”

One of the those patterns is that mass shooters are partly inspired by studying the actions of previous mass shooters. In other words, the media’s obsession with reporting every facet of every mass shooting is enabling future mass shooters.

“In the age of 24-hour rolling news and social media, there are scripts to follow that promise notoriety in death. Societal fear and fascination with mass shootings partly drives the motivation to commit them,” write Peters and Densley.

This is why mass shootings tend to come in clusters, because as the researchers note, “They are socially contagious. Perpetrators study other perpetrators and model their acts after previous shootings.”

Peters and Densley advise that one potential solution to preventing future mass shootings is not to share the details of manifestos left behind by the perpetrators.

This is likely to be a difficult task for the media since they poured over the El Paso’s shooter’s manifesto in an effort to blame his actions on President Trump despite the shooter himself asserting he was not radicalized by Trump.

“Another step is to try to make it more difficult for potential perpetrators to find validation for their planned actions,” states the study. “Media campaigns like #nonotoriety are helping starve perpetrators of the oxygen of publicity, and technology companies are increasingly being held accountable for facilitating mass violence.”