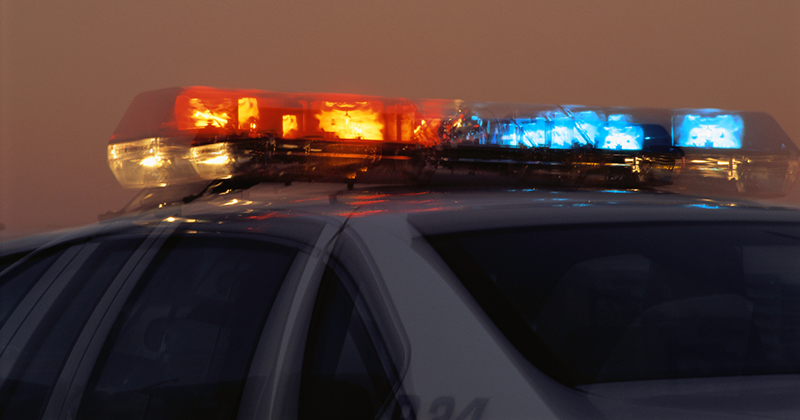 STUDY: “black officers shooting black suspects gets picked up by the national news in just 9% of cases. By contrast, 38% of the cases [of] a white officer shooting a black suspect get national coverage.”https://t.co/9rV9hAifeR

3% were conservative or Republican.

8% of the mass public shooters were Arab.

On Saturday, a man drove his car onto a Seattle freeway that had been closed by a Black Lives Matter crowd. The driver killed one person and seriously injured another after going the wrong way up a ramp and then around a barricade. Reports noted that police “don’t believe impairment was a factor.” Over the weekend, news outlets replayed the brutal hit, but there’s one thing you won’t learn from their coverage: The driver was black and his victims were white.

The driver was Dawit Kelete. There was no way he could have seen people hidden behind the vehicles parked diagonally on the street. The protestors were not only playing with their own lives, they were playing with Dawit’s life as well. Hope he recovers.https://t.co/un4yIB6SbM

[…] Research conducted by the Crime Prevention Research Center, of which I am president, on all police shootings from 2013 to 2015 found that while local news coverage will often mention the race of the officer and the suspect, the national coverage is much more selective. While the evidence indicates that black officers are no less likely to shoot suspects than white officers, local news coverage of black officers shooting black suspects gets picked up by the national news in just 9% of cases. By contrast, 38% of the cases in which local news reported on a white officer shooting a black suspect get national coverage.

The selective coverage creates the belief that white officers are the problem — they are the ones shooting blacks, presumably because white officers treat black suspects differently than white ones. Watching the news, you would never guess that the research found that black officers were just as likely as white officers to shoot an unarmed black suspect.

The media’s selective coverage has done real harm. It has heightened racial divides and sown distrust of the police in the communities that need them most. Now, with police sidelined and facing “defunding,” gun violence is rising fast in major cities around the country.

The media similarly seems intent on claiming that mass public shooters are disproportionately white and right-wing, when nothing could be further from the truth. While 58% of the mass public shooters from 1998 to 2019 were white (excluding people of Middle Eastern descent), about 75% of the total U.S. population was white. Middle Eastern Arabs made up just 1% of the population, but accounted for 8% of shooters. Of all the mass killers, 72% have no known political affiliation or views – only 3% are known to be conservative or Republican.

Race and politics increasingly divide Americans, and selective media reporting is largely to blame. The media, not Trump, is fanning the flames of violence. The destruction and the long-term harm that is being done to heavily minority parts of our cities is their responsibility.

I guarantee the shooting coverage stats today would be even worse. The media is not only puffing up every story of a white cop interacting with black suspects but they’re hyping the hell out of private citizens interactions with black people in racially charged situations to cynically inflame racial tensions.

In many cases, the media will even fraudulently edit footage of white cops interacting with black suspects to make the situation seem worse than it actually was, as we saw recently with The Guardian’s deceptive and dishonest coverage of the Ahmaub Arbery arrest in 2017.

The Guardian Edits Out Footage of Ahmaud Arbery Threatening ‘B***h’ Cop That He’ll Be ‘F**ked Up’ https://t.co/RQG36RnRap

The media’s false narratives are getting innocent white people killed every day but they just ignore it and focus on microaggressions.