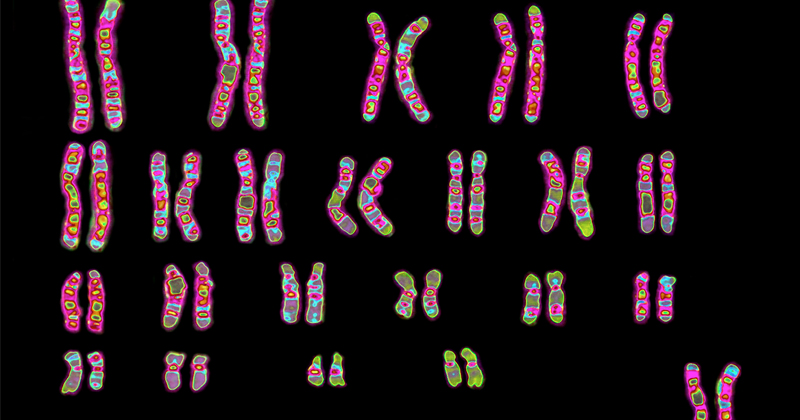 A new study comparing the genomes of 405 West African people to Neanderthal and Denisovan sequences has revealed the “ghost” of a mysterious and previously unknown hominin that once lived alongside our ancestors.

The study, by Arun Durvasula and Sriram Sankararaman of the University of California, Los Angeles, published this week in the journal Science Advance, sequenced the genomes of people from four modern West African populations.

After feeding the detailed data into very powerful computers, and then cross-examining and comparing them to Neanderthal and Denisovan sequences (as well as other modern African genomes) a spectral presence faintly revealed itself. Hidden deep in the DNA code of present-day humans is evidence of an extinct human species, detectable only by a few tell-tale genetic markers lingering in their ancestors.

Human, but not Homo sapiens

The study’s authors say that these genetic differences are best explained by hybridisation with an unknown humanoid. This suggests that ancestors of modern West Africans interbred with a yet-undiscovered species of archaic human – similar to how ancient Europeans mated with Neanderthals.

Once, many species of humans roamed the Earth, of which Homo sapiens was just one. In 2014 a landmark genetic study revealed that human beings of European and Asian descent are not entirely human, as we had previously understood the term. That is, they are partial hybrids of at least three human species: Homo sapiens, Neanderthals and Denisovans. Denisovan DNA seems to be mostly found in Oceanian and some East-Asian populations, but basically everyone except sub-Saharan Africans has some Neanderthal DNA lingering in their cells, around 4 percent on average.

The researchers believe that the ancestors of this unknown archaic “ghost” hominin branched off from the modern human family tree before Neanderthals did. They even seem to have left their mark in modern populations to an even greater extent than Neanderthals: the amount of ‘ghost’ DNA in modern West African people ranged from 2 to 19 percent.

With the help of mathematical models and computer-aided number crunching, the team estimates that this archaic hominin split off from the ancestor of Neanderthals and modern humans between 360,000 and 1 million years ago. Then, from about 124,000 years ago, that break-off hominin reunited with the ancestors of modern West Africans and interbred with them, for an unknown period of time. They believe that the population of this introgressing hominin group was about 25,000 strong.

Although this is a simplified version of events – the separating and admixture of different populations and sub-species can be extremely muddled and complex – this is the most likely scenario that can be pieced together from the limited evidence.

One of the most remarkable things about the 2014 bombshell was that it proved that the only people on the planet who did not have any Neanderthal DNA were sub-Saharan Africans. This is because most of the interbreeding between different human species happened outside of the African continent, after the first humans had ventured out and began spreading to the rest of the world. Sub-Saharan African people’s ancestors have, as best we know, never left sub-Saharan Africa. But far from making them a uniform or an inbred population, they are in fact by far the most genetically diverse peoples on Earth. Just compare a Maasai warrior to a Congolese pygmy to a Ghanaian sprinter – there is more variation here than anywhere else on the planet.

European and Asian populations, although displaying a tremendous amount of morphological (physical) differences, from body size to facial shapes, are surprisingly inbred. But as the ancestors of European and Asian people migrated out of Africa, most would have died off in so-called ‘bottleneck’ events. Any number of new threats, from plague, to new predators or environmental catastrophes could have killed off swathes of the migrants, leaving only a few alive to reproduce and spawn the next generation.

As this happened again and again, the amount of genetic diversity leaving Africa dwindled. And though humans eventually became established outside of Africa and began to separate and spread to populate the world, Europeans and Asians are nevertheless descended from a lucky few who managed to leave Africa and seed the rest of the planet.

But despite sub-Saharan African genomes being the most diverse on Earth, they have not been subject to the same level of analysis as Asian or especially European genomes have since the dawn of sequencing technology. Therefore, a lot of work is yet to be done on decoding their genomes. The authors of the new genome study call for greater investigation of this hugely important group of people, whose DNA may hold more secrets to the dawn of humanity.