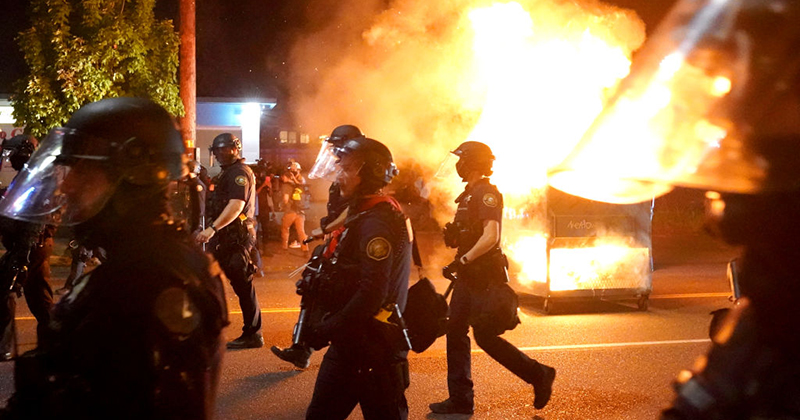 A new study out of Princeton University reveals that 48 out of the 50 largest cities in the United States have experienced riots associated with the Black Lives Matter movement since late May.

Despite the leftist media’s obsession with calling the fiery violence ‘mostly peaceful’, the data indicates that most cities are seeing some violent unrest.

The intent of the study appears to have been to bolster the ‘mostly peaceful’ narrative, as it notes that the perception of the trouble may have been influenced by “political orientation and biased media framing” as well as “disproportionate coverage of violent demonstrations.”

The findings are difficult to ignore, however, with almost every major city having experienced rioting.

Of the biggest 50 cities, only Fresno, California, and Mesa, Arizona have remained unaffected, according to the data.

In addition, when extended to the largest 100 cities by population, the study found that 74 have experienced riots.

National File reporter and editor Patrick Howley breaks down the decades long Psychological manipulation and warfare used to bring us to the race war we are seeing uncovered in front of our eyes.

Democrats completely ignored the unrest for months, before polls indicated that favourability was tanking and they adopted the ‘this is Trump’s America’ mantra.

The rise of violence in large cities is a contributing factor in an ongoing exodus. A recent survey carried out by the Manhattan Institute found that two in five New Yorkers want to leave the city.

Figures show that shootings have doubled and murders are up 50 per cent on the same period last year in New York.