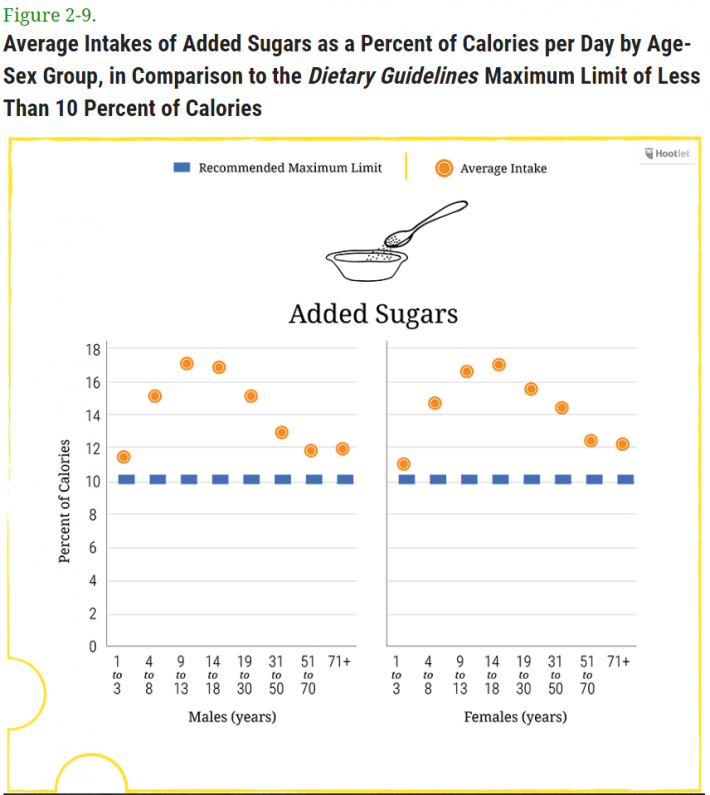 Noting how much Americans love their sugary drinks, Virginia Tech took to studying the health-compromising beverages. What the researchers found was that cutting out just one sugary drink per day can give you a noticeable overall health boost.

The study shows that extra calories coming from these highly sweetened drinks can be a big risk factor for obesity and type 2 diabetes, as many of us probably realize. Cutting out just one per day reduces the amount of calories ingested from added sugars, making more room for more healthful drinks, like water.

According to the 2015 Dietary Guidelines for Americans, sugary drinks should only account for 10% or less of calories per day. However, many people consume far more than this.

An adjunct faculty member of human nutrition, foods, and exercise in the College of Agriculture and Life Sciences at Virginia Tech, Kiyah J. Duffey said:

“We found that among U.S. adults who consume one serving of sugar-sweetened beverages per day, replacing that drink with water lowered the percent of calories coming from drinks from 17 to 11 percent. Even those who consumed more sugary drinks per day could still benefit from water replacement, dropping the amount of calories coming from beverages to less than 25 percent of their daily caloric intake.”

It is also noted that those who drink a lot of sugary drinks tend to have a diet high in sugar and processed meats, both of which are not recommended in excess by dieticians. Those who consume lower-calorie drinks or water are far more likely to consume a diet rich with vegetables, fruits, whole grains, and healthy meats like fish and poultry.

The study states that although diet drinks are arguably better than the drinks loaded with sugar, they should still be consumed with caution. And while in general, those who consume diet drinks do have a healthier overall diet than those who consume soda regularly, their diets are still often associated with a high sugar content and are not as healthy as those who drink more water.

In conclusion, the study, published in the journal Nutrients, states that even replacing one sugary beverage per day can really help.