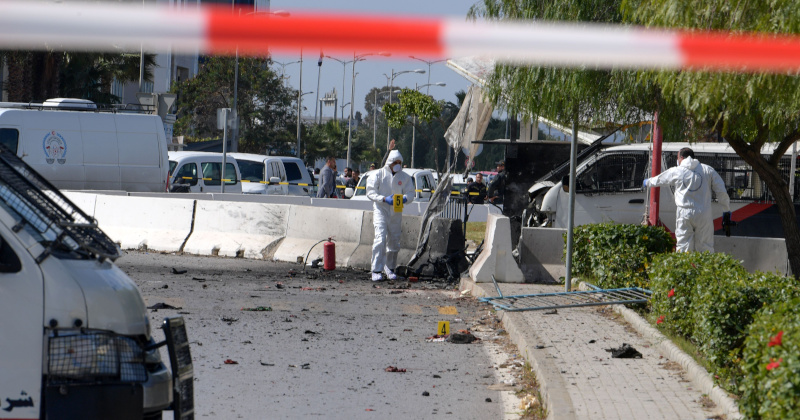 A suicide bomber blew himself in front of the US embassy in Tunis, the capital of Tunisia, injuring at least five police officers, according to reports in local media.

The attacker arrived at the site on a motorbike and was the only person killed in the explosion, preliminary reports say.

The embassy has been placed on lockdown pending an investigation into the incident.

Images purportedly taken on the scene show a street littered with fragments as well as vehicles and a road barrier charred by the blast.

The embassy confirmed there was an explosion near the compound and advised people to avoid the area, but wouldn’t immediately offer any details.

“Emergency personnel are responding to an explosion that occurred near the US Embassy in Tunis. Please avoid the area and monitor local media for updates,” it said in a statement.

While there was no immediate confirmation that the bombing was terrorism-related, Tunisia has seen a spike in terrorist incidents in recent years.

In June 2019 two suicide bombers targeted officers of the law in two parts of Tunis, killing one person and injuring nine others. The terrorist group Islamic State (IS, formerly ISIS) claimed responsibility for the attack.