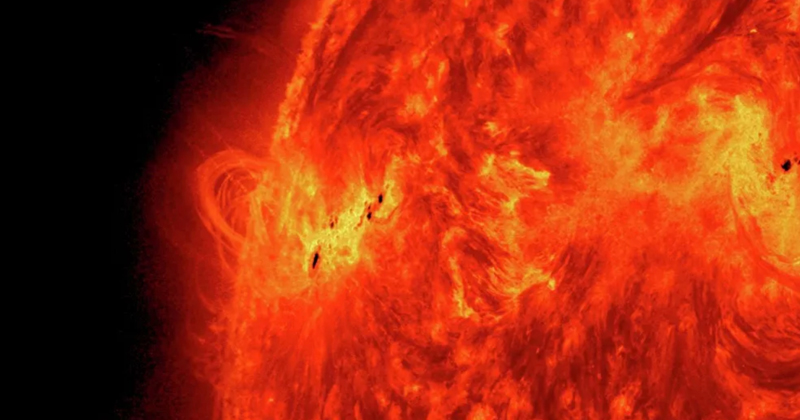 A superflare is a very strong explosion observed on stars, which is ten thousand times more powerful than solar flares that disable satellites and knock out electric power grids on Earth.

Scientists earlier believed that older stellar objects, like our Sun did not produce them, recent evidence suggests these processes may occur, but very rarely.

An international team of scientists has spotted superflares that are ten million times more energetic than those coming from the Sun. Using the most technologically-advanced telescopes at the European Southern Observatory located in Chile, they examined stellar objects called “extreme horizontal branch stars” that are found in so-called “globular clusters”.

EHB stars have half the mass of the Sun, but are four or even five times hotter, with maximum temperatures reaching 35,000 degrees Fahrenheit (19,400 degrees Celsius). “These hot and small stars are special because we know they will bypass one of the final phases in the life of a typical star and will die prematurely”, Yazan Momany, an author of the study from the INAF Astronomical Observatory of Padua in Italy, said in a statement.

Researchers say that EHB may hold the answer to a mystery in the stellar evolutionary theory – how and why do stars like the Sun lose as much as 30-40 percent of their mass during their final evolutionary stages?

Observing EHB stars, scientists discovered that many of them were regularly changing in brightness, with periods ranging between a few days to several weeks. After analysing data researchers came to the conclusion that these increases and declines in brightness are the result of magnetic spots that cover stars. “We attribute the first variability phenomenon to the presence of giant superficial spots that come and go as the star rotates and thereby induce the changes in the stellar luminosity”, Yazan Momany said.

These spots, huge in size covering up to one quarter of a star, are produced by magnetic fields. They are different from those seen on the Sun, which are darker and cooler. Researchers also note the spots observed on the EHB stars are a “long-lived phenomenon”, confirmed to be stable for decades, whereas spots on the Sun “go on timescales of up to a few months at most”.

While analysing EHB stars researchers detected two superflare events, which were extremely powerful. “They are similar to the flares we see on our own Sun, but ten million times more energetic. Such behaviour was certainly not expected and highlights the importance of magnetic fields in explaining the properties of these stars”, said Henri Boffin, another author of the study from ESO’s headquarters in Germany.