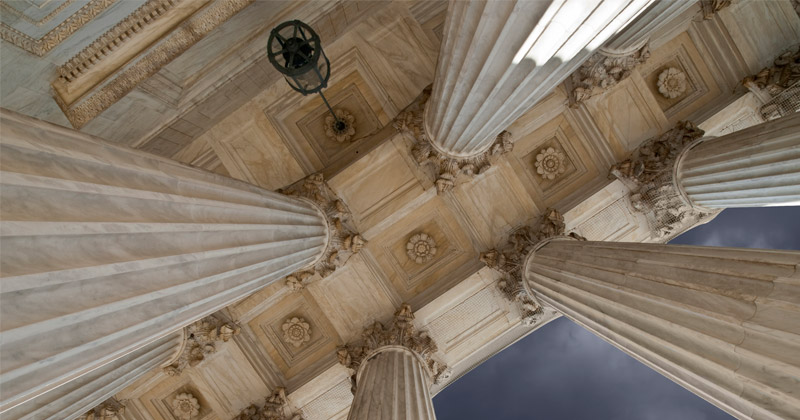 The Supreme Court won’t hear a case challenging the border wall, handing a win to the Trump administration.

In a day of roller coaster legal news, the Supreme Court will let stand a lower court ruling that rejected a bid by environmental groups to stop sections of the border wall being built.

The environmental groups challenged a federal law that allows Homeland Security to waive any laws which would slow down the construction of border fencing.

The groups claimed the law violated the Constitution’s separation of powers, but a lower court dismissed the case.

The case could have fundamentally altered the Trump administration’s ‘war on red tape’ the president enacted early in his term.

Granted, there’s enough environmental rules and regulations – many of them of dubious merit despite the intent – to slow down major construction projects by years.

The Supreme Court’s decision comes after the court struck down a 2014 Louisiana abortion law that required abortion doctors to have “admitting privileges” at a hospital within 30 mile from their offices to facilitate continuity of care.

Chief Justice John Roberts joined the liberal wing of the court to strike down the law in a 5-4 decision.