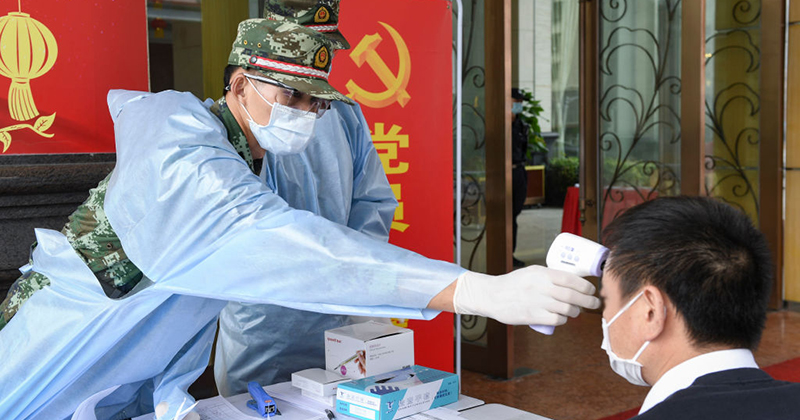 As a result of monitoring for coronavirus, the Chinese government is now requiring Chinese citizens to provide personal data, including travel and health conditions, via apps on their smartphone to the government.

Based on the answers that citizens give to the apps, provided by Alibaba and Tencent, algorithms will try to decide whether or not the person is likely to have coronavirus.

The apps then assign a red, yellow or green code to the person, depending on their risk of having the virus, according to Nikkei.

If you get a red code, you have to self-quarantine or be quarantined in a facility for 14 days.

And citizens can’t lie, because all of the answers they provide about things like hotel stays and travel are cross checked with the government’s data and smartphone location data.

The philosophy of Globalism is now universally dead

It all rounds out a picture of Beijing increasing its mass surveillance over its citizens. The surveillance can be effective, as China has (supposedly) shown during this outbreak. But people must also consider how the surveillance can also be weaponized to combat mass protests and individual pursuits of justice, the Nikkei op-ed reminds us.

The technology-based anti-outbreak measures are certainly needed now, however. They have allowed over 10 million people in Hangzhou to assess their risk of the coronavirus. The technology being used is in over 200 cities. In Shanghai, for instance, an app is monitoring 245,000 street-front shops with data, which eliminates the need for staff to visit them.

The technology will help in indicating when the outbreak slows, for certain. But there is little transparency on how Beijing collecst the data and what happens to it. One low level official in Jiaxing city said: “Through data analysis, we have mastered the trajectory of everyone’s whereabouts. If you have not reported truthfully, our system will find out.”

The network of surveillance in China – not just related to coronavirus – but also with requirements like needing a state ID to register mobile phones and internet services – has been built gradually. With coronavirus surveillance, its grip on the country’s citizens gets even tighter.

Health data that the country may not have had on its citizens is certain to start populating on government servers. In Hangzhou, for instance, “the government has upgraded the health code to link it to a person’s digital health card, similar to a digital medical record, and social security card, allowing one to make doctor’s appointments, purchase medicine and make payments.”

While now the cause seems somewhat noble and humanitarian, the op-ed concludes with a salient point: once the digital surveillance network in China is fully in place, it simply can’t be un-done.