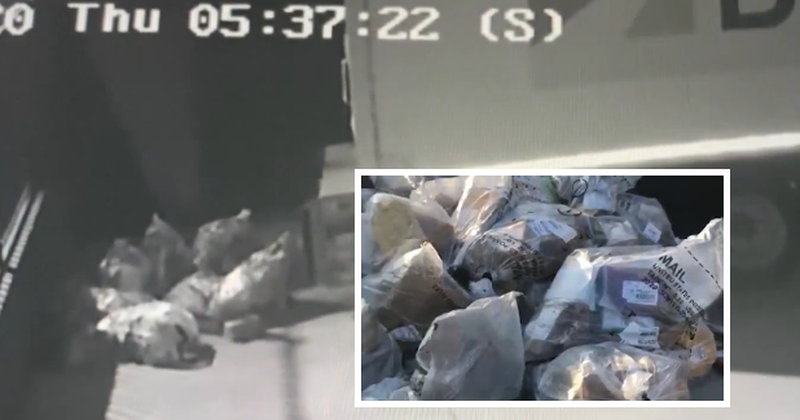 Several bags of mail were dumped in two Glendale, California parking lots, with one dumping caught by a surveillance camera, according to KTLA.

The second incident was captured on video outside 7Q Spa Laser & Aesthetics.

“It happened early in the morning, 5:40, and it was a Budget rental, big truck, that backed up to the parking lot. And they’re like, slowly, one by one, they’re dropping the packages,” said Lilia Serobian, one of the owners of the spa, adding that the “huge pile” contained various sizes of packages, and all of it was US mail.

According to the report, a spa employee found the pile of boxes and envelopes in the parking lot, after which police were called to the scene. A USPS manager collected the mail.

More U.S. mail was found in an alley less than a mile away from the spa, according to police. It was not immediately clear whether both piles were dumped by the same truck.

Inspectors will try to determine which post office — and specifically what route— the mail came from, as well as who rented the truck. –KTLA

The report comes amid a national dialogue over mail-in ballots for November’s election – with President Trump and his allies repeatedly claiming that the process would be tainted by corruption and cause huge delays.

“If you do universal mail-ins with millions and millions of ballots, you are never going to know what the real result of an election is,” Trump said last month, adding “It’s going to be a very, very sad day for our country.”