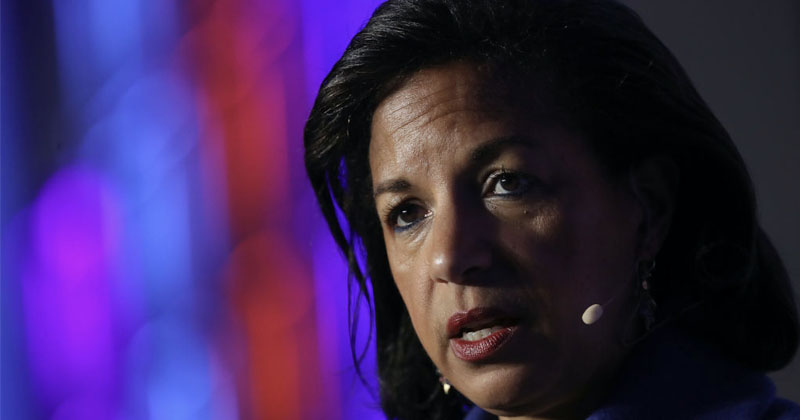 Acting Director of National Intelligence Rick Grenell declassified Rice’s email and delivered it to the Justice Department on Monday.

The email Rice mysteriously sent to herself on Trump’s Inauguration Day documented an Oval Office meeting on January 5, 2017 with Obama, Comey, and others, where Obama advised how law enforcement should investigate “Russian interference” in the 2016 presidential race.

“From a national security perspective, Comey said he does have some concerns that incoming NSA Flynn is speaking frequently with Russian Ambassador Kislyak,” Rice wrote. “Comey said that could be an issue as it relates to sharing sensitive information.”

“President Obama asked if Comey was saying that the NSC should not pass sensitive information related to Russia to Flynn. Comey replied: ‘potentially.'”

Comey added that the “level of communication” between Flynn and Kislyak “is unusual.”

The email was partially unclassified in 2018, which revealed some elements of the Oval Office meeting, where then-CIA Director John Brennan, then-Director of National Intelligence James Clapper and former Vice President Joe Biden were also present.

Watch as Joe Biden and the rest of the Obama administration degenerates are exposed now that acting DNI director Richard Grenell has released the names of officials that asked for NSA unmasking in the days leading up to the Trump administration.