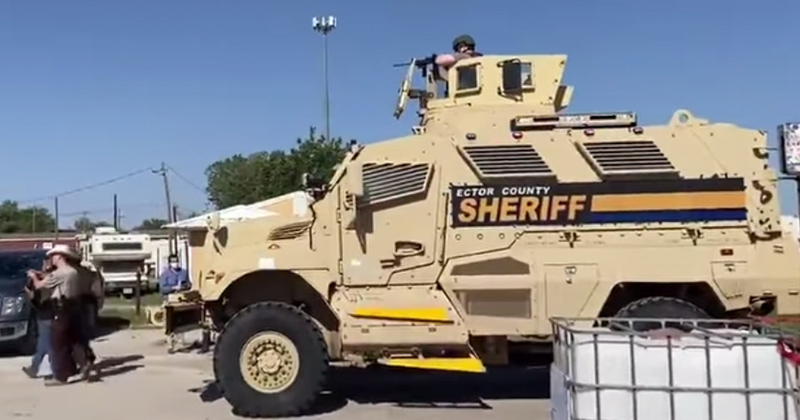 Police in West Texas arrested a group of armed men and a bar owner during a protest of the state order mandating businesses to close.

The bar owner reopened because he says “all businesses are essential.”

Gov. @GregAbbott_TX, is this acceptable in Texas???pic.twitter.com/WPf1hv3h4N

Gabrielle Ellison, owner of Big Daddy Zane’s in Odessa, decided to open her establishment on Monday in defiance of Governor Abbott’s decree.

A group of armed protesters who have been supporting businesses deciding to open amid the government-mandated shutdown gathered at an Odessa Anytime Fitness location that opened on Friday.

The same group asked if they could show up to Big Daddy Zane’s to support Ellison’s decision to open, she told them to stay in the back of the bar, which is her private property.

Ellison said she even spoke with the Sheriff’s Office before the demonstration and was told everything would be fine as long as the armed individuals were not on the bar’s property.

When the police arrived in a massive SWAT tank, they arrested the six armed men who stood with their arms raised in the air.

“This was not a protest of their second amendment rights. It was a show of force to ensure this lady could violate the governor’s order,” Ector County Sheriff Mike Griffis told reporters.

The men were charged with carrying weapons on a licensed property and the bar owner was charged with violating Governor Abbott’s order.

The protesters maintain the arrests were illegal because they were behind the bar and on private property, not within the bar’s property line.

A local NBC affiliate covered the story in the following segment: