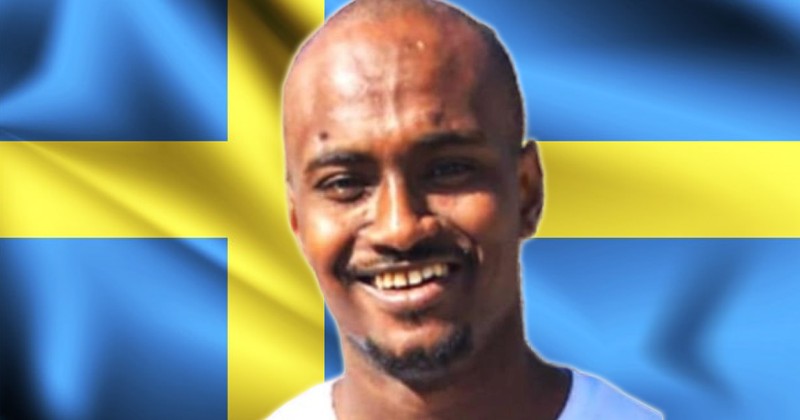 “A group of migrants broke into an uninvited party in the town of Härnösand in eastern Sweden,” according to reports.

“Reports say a Sudanese migrant tried to rape a girl while a 19-year-old man tried to stop him. The teenager did not expect the migrant to have a knife with him, so he stabbed him easily. The migrant finally raped the girl twice more.”

The culprit was later named as 22-year-old Abubaker Mohamed, a Sudanese migrant who was granted Swedish citizenship in 2011 and had a long criminal record, including a 2015 conviction of raping a girl under the age of 15.

The 19-year-old Swede who died in hospital from severe knife injuries was named as Tommie Lindh. He was a supporter of the populist Alternative for Sweden party and friends said he had a strong sense of justice and always tried to come to the aid of those in need.

After the story garnered national media attention, a group calling itself the Nordic Resistance tried to hold a protest in Härnösand but authorities denied the application for the demonstration.

The protest went ahead anyway and was subsequently described as a “Nazi demonstration” by Sweden’s public broadcaster SVT.

SVT also completely failed to mention that the demonstration was against the migrant rape of the woman and subsequent murder of the 19-year-old man.

As we have exhaustively documented, Sweden has a massive rape problem due to its total failure to integrate migrants after sustained years of mass immigration.

Violent crime and sexual assaults have significantly increased since the country accepted a new wave of migrants in 2015.

Ethnic Swedes will be a minority in their own country within 40 years, possibly sooner, with 10 per cent on newborn babies in Sweden currently having Islamic names.

Grenade attacks and deadly shootings in Sweden – concerns over which were once derided as a “conspiracy theory” by the media – now represent a “national emergency” according to a report by Quillette.