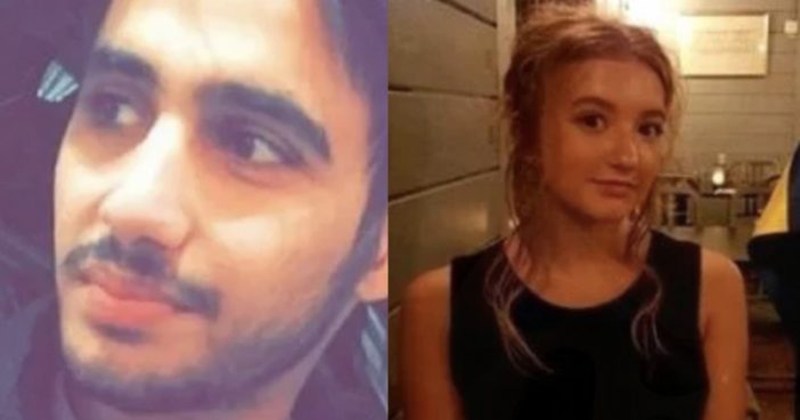 In a new turn in a story that has gripped Sweden, the Iraqi-born migrant accused of brutally murdering and dismembering his 17-year-old girlfriend was reportedly denied asylum.

The young Wilma Andersson was allegedly disassembled by her Iraqi-born boyfriend following an argument. She had been reported missing in November last year.

Investigators found her head in a suitcase at her boyfriend’s apartment, wrapped in tin foil and sellotape, along with underwear and stuffed toys. His logic for keeping the head was due to the fact that he loved her too much.

Witnesses later reported that the relationship had been, at times, abusive; and the unnamed former child refugee had attempted to convert her to Islam–despite telling Swedish authorities he had integrated into Swedish society on his citizenship application.

According to Voice of Europe, the unnamed Iraqi-born migrant was denied asylum on multiple occasions.

He had originally fled the Middle-East with his father in 2001 as their political leanings put their lives at risk.

Three years later in 2004, the father applied for citizenship, which was denied, but the pair were able to stay in Sweden on a three-year temporary residence visa.

When that visa was due for expiry in 2007, the father reapplied for permanent citizenship in late 2006, but was rejected again and scheduled for deportation as their were no ongoing conflicts in his homeland.

Following an appeal in May 2008, the court told the father that he could no longer apply as a political refugee as there was no present danger if he were to return.

When the unnamed suspect became a teenager, he applied for residence at the age of 16 in 2013–which was granted–before finally become a Swedish citizen the following year.

National File reported on the grizzly story that rocked the country:

The Kurdish migrant, who has not been named, used the fact that he kept his former girlfriend’s head as part of his defense, suggesting that he had murdered her, he would not have safeguarded Wilma’s head–as a testament of his love for the teenager.

On the day Wilma went missing, neighbors reportedly heard screams coming from the young man’s apartment. Motorists also alerted police to the young migrant’s strange behavior as he walked on a nearby highway.

Police questioned the young Kurdish man as he meandered on the highway, appearing to be in shock. The migrant passed off his behavior telling police that he had been in a fight and missed his train.

The Expressen reports that the man was spotted dining at a local McDonald’s the day of the murder as if nothing had happened.

The local outlet goes onto report that the migrant was a huge fan of President Donald Trump and accused his girlfriend of being part of a satanic force behind his detractors.

Local authorities took two weeks to pronounce Wilma dead, despite finding body parts, when her head was found, taped up and wrapped in foil, in a suitcase at the Kurdish man’s apartment.

National File will continue to report on updates of this ongoing story.