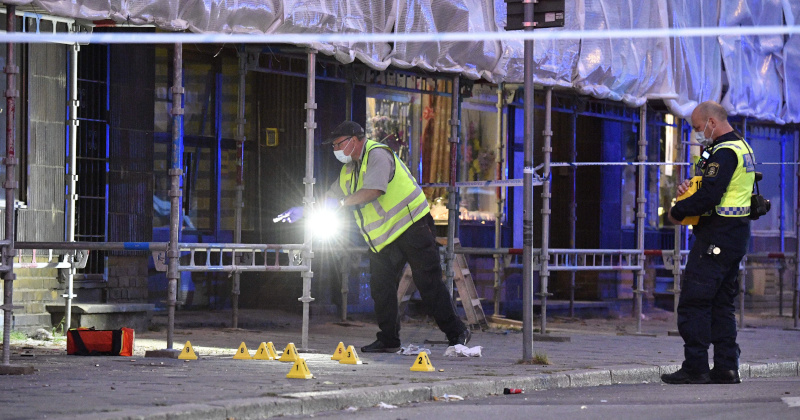 A special task force introduced in Malmo, Sweden to tackle rising gang violence will be expanded into other cities, the police chief has said, warning that gang members are becoming more ruthlessly violent.

Sweden is suffering a jump in gang-related shootings and bombings; bomb attacks reached a new high in 2019 with over 180 incidents to date.

An explosion in Linkoping, southern Sweden injured 20 people in June, while almost 30 blasts have been recorded in Malmo alone this year.

UK political analyst Jack Hadfield appears on The Alex Jones Show to break down the recent election victory for conservatives.

The ‘Operation Hoarfrost’ task force was introduced in Malmo in November after a 15-year-old was shot dead in what police suspect was part of a drug gang turf war.

In June 2018, six men were shot at a Malmo internet cafe in a drive-by gang-related attack; three of the victims died in hospital.

About 40 suspects have been arrested for a range of crimes since Operation Hoarfrost got underway.

Speaking to Ekot radio, police chief Anders Thornberg said gangs were becoming more ruthless and reckless, trying desperately to make and spend money quickly as they know they might not live more than 20 or 30 years.

Younger criminals are keen to make their way up the gang hierarchy faster by pulling off more dangerous and daring crimes in public, he said, including revenge attacks on rivals.

The police chief also warned that dozens of children aged between 8 and 14 are suspected of involvement in robberies, and may already be prepared to engage in more violent crimes.

Thornberg said the task force’s actions “will be moved around Sweden to the places where we think they are needed,” including Stockholm and probably Uppsala.

Speaking of Uppsala, Thornberg said he had seen gang members brazenly gathering in the city center in the afternoon and “behaving inconsiderately” without showing respect for anything.