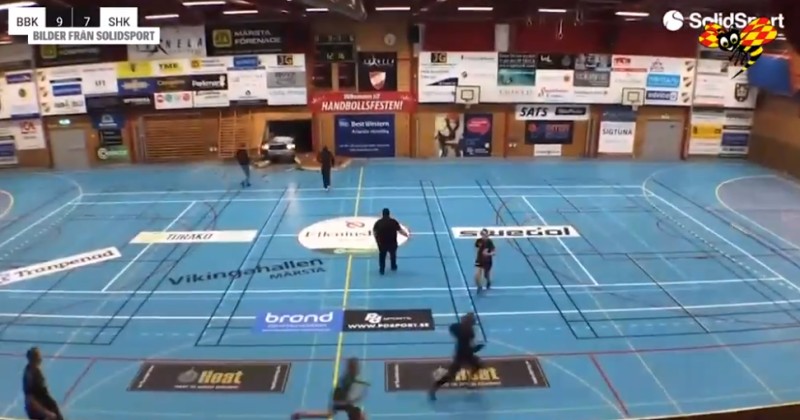 A 29-year-old man drove a car into a gym in Stockholm during a handball match, with authorities treating the incident as a possible terror attack after they discovered a letter written by the suspect which mentioned Osama Bin Laden.

The alleged attack occurred on Saturday night during handball match between two teams of 14-year-olds in the Youth Championship.

A video clip shows the handball players running away in fear after a loud bang is heard and the car crashes into the arena.

The driver has been arrested for attempted murder

It is being investigated as possible terror attack after a letter mentioning Usama Bin Laden was foundpic.twitter.com/Q443rRENsJ

The man was initially arrested on charges of drunk driving and gross negligence and released, but the investigation took a new turn when authorities discovered a letter he had written which mentioned 9/11 mastermind Bin Laden and stated “people should die.”

Special investigators were called in and the incident is now being treated as a possible terror attack.

“The vehicle used by the man in the act must also have been rigged,” reports Aftonbladet. “A car battery with cables must have been on the accelerator.”

It subsequently emerged that the man was previously convicted for attempted murder but was released from prison after serving just 5 years.