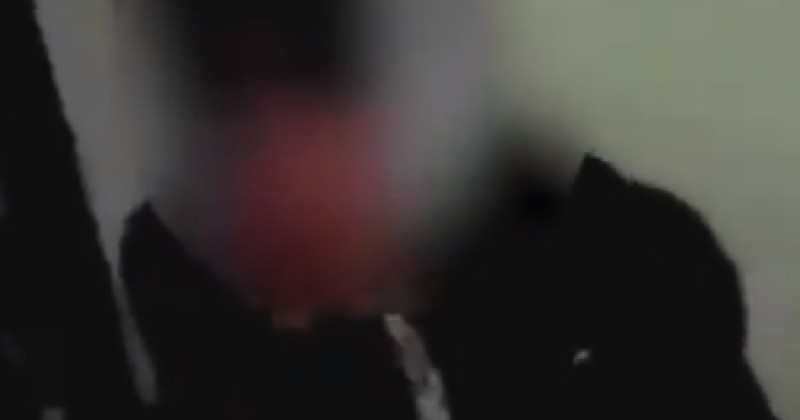 A new video out of Sweden shows a gang of migrants beating and urinating on a Swedish teenager in the latest example of cultural enrichment from everyone’s favorite progressive utopia.

The clip shows the boy being laughed at, insulted and beaten as the mob discusses taking money off him.

“Let me piss on him,” states one of the migrants before ordering the boy to open his mouth and urinating in his mouth.

“Remember no go zones don’t exist, there are no issues arising from immigration, multiculturalism is a strength & we now have a safer & more united society after 2 decades of open borders. This is unfortunately just beginning,” tweeted Henrik Palmgren alongside the video.

Immigrant gang assault & then urinate on a Swedish kid. Remember no go zones don’t exist, there are no issues arising from immigration, multiculturalism is a strenght & we now have a safer & more united society after 2 decades of open borders. This is unfortunately just beginning https://t.co/orSklfnVF9

Despite massive problems with migrant crime, the Swedish government and authorities appear to be more intent on prosecuting those who complain about it.

Numerous Swedes have been hit with hate crimes charged for complaining about mass migration on social media.

Grenade attacks and deadly shootings in Sweden – concerns over which were once derided as a “conspiracy theory” by the media – now represent a “national emergency” according to a new report by Quillette.

Earlier this year, Swedish author Björn Ranelid warned that the level of crime and violence the previously sedate country is experiencing amounts to a “small scale war.”

Back in October, the former CEO of trucking company Scania also warned that Sweden is heading towards civil war due to uncontrolled mass immigration.

The CEO of Volvo also said that the company is considering moving its headquarters out of Sweden in the future, partly due to a rise in violent crime.

As we highlighted back in November, a left-wing journalist in Sweden who vehemently supported mass immigration changed her tune, admitting that when it came to Sweden’s crime-ridden no-go areas, “everyone knew it would end in disaster.”