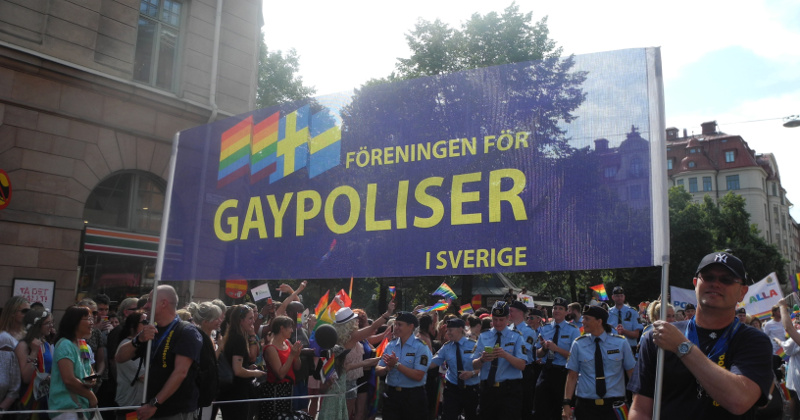 A fictitious 14-year-old boy’s account established by investigative journalists to examine the spread of paedophilia in the Swedish LGBT community has received over 100 propositions, among others from a “key person in the Pride community” and a Foreign Ministry official.

A Stockholm (gay) Pride manager has been caught in a paedophile scandal involving a fake teenage boy persona Svenska Dagbladet’s journalists established to examine the spread of child abuse on LGBT forums.

According to the newspaper, over 100 men contacted “David” when they found out that he was a 14-year-old. Within a few minutes, sex invites started “welling in,” Svenska Dagbladet wrote.

A video posted to Twitter reveals the debauchery being pushed on youth as a young boy “twerks” to the enjoyment of gay adults surrounding him.

One of the men who arranged a meeting with the fictitious boy was a Stockholm Pride manager, whom the newspaper described as a “key person in the (gay) Pride Movement.”

He also asked intimate questions about sex and described himself as “dominant” while expressing his desire to meet the boy for sex. The man also asked “David” to send photographs and videos of his body.

“The board and management of Stockholm Pride currently have no knowledge of the connection between the man in the article and Stockholm Pride. Should it turn out that it is a person working within our organisation, we will take powerful measures immediately. We are now investigating the issue further internally,” Stockholm Pride said in a press release, pointing that the man’s actions constitute illegal grooming.

Svenska Dagbladet identified another man who tried to meet “David” at Sergels Torg square as a senior manager at the Foreign Ministry, which, however, declined to comment the information.

Sweden has the most LGBT pride festivals per capita of any place in the world, with over 30 different celebrations going on throughout the country.

The biggest and best known is Stockholm Pride, the largest LGBT celebration in Scandinavia since 1998.

The Swedish LGBT community enjoys the support of the country’s leading politicians and political parties, most high-ranking officials and even even key institutions such as the Armed Forces, which last year held a pro-LGBT campaign titled We Don’t Always March Straight.

Drag Queen Story Hour events continue to be held across America in an attempt to sexualize and confuse a whole generation of children.