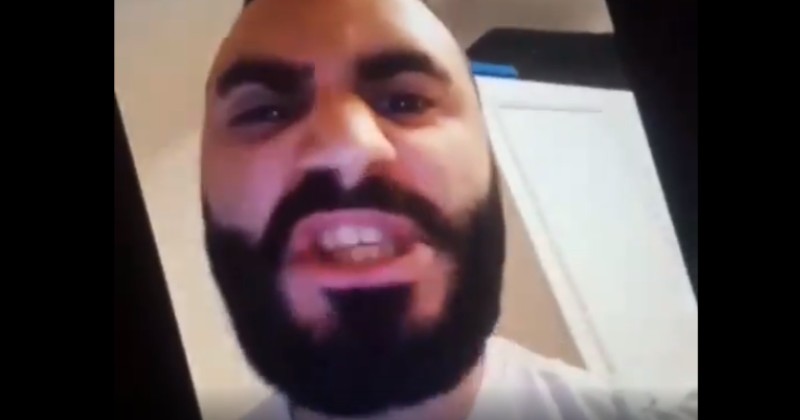 A 53-year-old Swede who insulted a Muslim man for posting a video threat to “take over your fucking country” was hit with hate crime charges.

This is Sweden. Of course he was.

“We Arabs are here to take over your fucking country so go down on your fucking knees and suck my cock your Swedish little whore,” said the Arab man in an angry rant posted to Facebook.

The 53-year-old Swedish man responded on a Facebook group called ‘Political Facts’ with some strong words of his own.

The man was reported to police and called in for an interrogation at Kristianstad where he was asked about his views on immigration.

He was subsequently sentenced by Kristianstad’s district court for hate speech against a protected group and forced to pay SEK 22,200 (roughly $2,300 US dollars).

The court argued that the man’s comments were aimed at Arabs and not just at the individual.

The man appealed the decision to the High Court, but it was upheld, although his fine was reduced to SEK 16,200 in addition to another SEK 800 he was asked to pay to the Crime Victims Fund.

As we have previously highlighted, despite worsening problems with sexual assaults, grenade attacks and violent crime in migrant areas, Swedes who complain about the situation have found themselves dragged before the courts.

Last year, a 70-year-old woman was interrogated by police and later convicted for an anti-Muslim Facebook post in which she expressed fear that Islam was taking over the country.

Earlier that year, a 65-year-old woman who was previously the victim of a brutal beating by migrants was sentenced to prison for posting that “the IQ level in Sweden will fall as a result of immigration.”

In another case, a 32-year-old woman from Gothenburg was interrogated by police, had her DNA taken and was subsequently imprisoned for the “crime” of sharing a joke meme about Islam on Facebook.

In 2017, a 70-year-old Swedish woman was prosecuted for hate speech for saying she saw migrants setting fire to cars, something that happens all the time in Sweden.