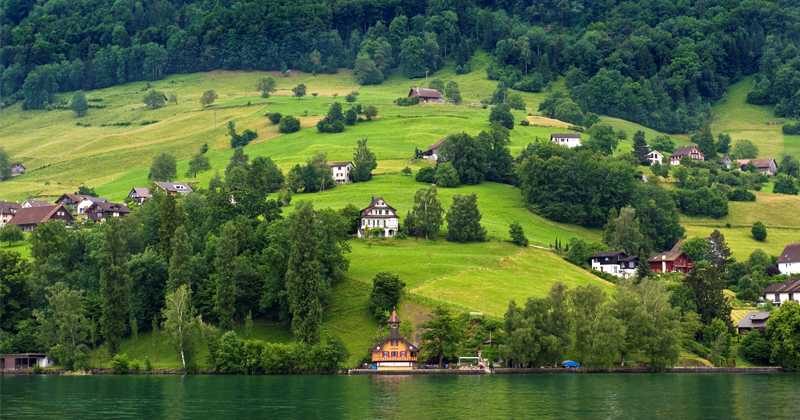 “Switzerland, one of the world’s leaders in the rollout of 5G mobile technology, has placed an indefinite moratorium on the use of its new network because of health concerns,” The Financial Times reports.

Switzerland is relatively advanced in Europe in adopting 5G. The wealthy alpine country has built more than 2,000 antennas to upgrade its network in the last year alone, and its telecoms providers have been promising their customers’ imminent 5G coverage for most of the past year.

However, a letter sent by the Swiss environment agency, Bafu, to the country’s cantonal governments at the end of January, has now in effect called time on the use of all new 5G towers, officials who have seen the letter told the Financial Times.

[…] The Swiss Medical Association has advised caution on 5G, arguing that the most stringent legal principles should be applied because of unanswered questions about the technology’s potential to cause damage to the nervous system, or even cancers.

There have been zero major studies on the health effects of 5G.

On the other hand, there are tons of studies showing WiFi in its current form can have a multitude of negative effects on our health, they’re generally just ignored by our governments and media (the UK recently went as far as banning an advertisement warning about the dangers of 5G).

Here’s another study from just a few months ago.

A small study by researchers in Japan has indicated that exposure to WiFi may have detrimental effects on sperm function.

The study assessed the effect of electromagnetic (EM) waves from WiFi devices on human sperm. It found that longer periods of direct exposure to a portable WiFi router decreased the motility rate and increased the death rate of sperm from human samples.

[…] The sperm samples analysed were taken from 51 men seeking fertility treatment, such as IVF or artificial insemination, at the clinic.

Samples were tested under different conditions; no exposure to EM, shield-protected, and full exposure.

The exposed samples were placed near a pocket WiFi router – similar to the way a mobile phone might be carried in a man’s trouser pocket. After two hours, sperm from all groups had decreased health and motility, but the most substantial effect was seen in the sperm with full exposure to EM waves. The difference in sperm health between groups was seen even more clearly after 24 hours of exposure.

‘Judging by the results of the current study, it is fair to assume that the longer the exposure is, there is a higher risk for potential negative effects,’ Nakata told newsGP. ‘And what I mean by longer exposure is not only a few days, weeks or months – we are talking about years. So looking at billions of people over the next few decades, the impact could be huge when it comes to fertility rates.’

5G towers are exponentially stronger than current WiFi devices and they want them to be in everyone’s neighborhoods within just a few dozen yards of people’s homes for maximum efficiency.

Kudos to the people of Switzerland for rising up against this lunacy, more folks need to follow suit.