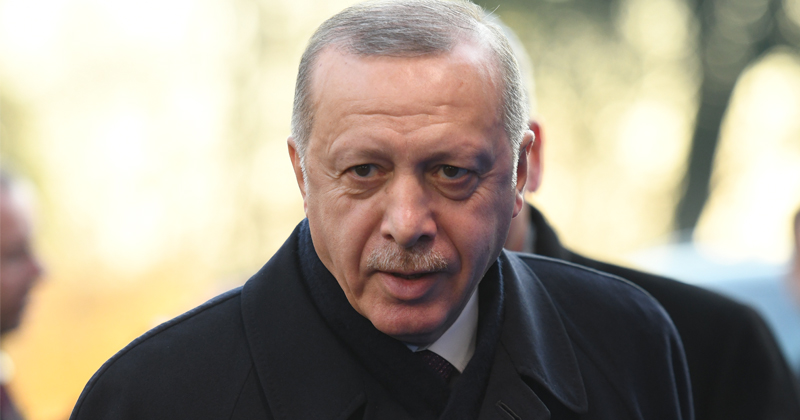 The Turkish Defense Ministry has confirmed that a Syrian government helicopter was destroyed in the small village of Al Nerab, southeast of Idlib.

The incident occurred after Turkish troops were killed by shelling in Idlib, Syria.

In its official Twitter account, the Turkish Defense Ministry said that it received information “regime elements” retreated from the village of Al Nerab, located south-east of the city of Idlib, while one of the Syrian government helicopters was downed.

Dramatic footage circulating online shows what appears to be a helicopter breaking apart mid-air and spiraling towards the ground, engulfed by smoke and flames.


The downing of the helicopter follows an escalation between Syria and Turkey in Idlib on February 10. Ankara has blamed Damascus for killing five soldiers while bombarding an observation post north of Idlib. Erdogan’s government vowed to retaliate “so that the blood of the martyrs would not be shed in vain,” according to state media.

Commenting on escalating tensions in the area on Tuesday, Turkish President Recep Tayyip Erdogan said that the Syrian government will pay a “very heavy price” for attacking Turkish troops in the northwestern Syrian region.

“We have dealt a resounding blow to the Syrian [regime]. They have been seriously punished, especially in Idlib, but this is not enough, there is more to come.”

On Monday, Turkey retaliated for the attack on its troops, claiming that dozens of Syrian personnel had been killed, and called on Moscow to put pressure on Damascus to halt its offensive in Idlib.

The province in northwestern Syria remains the last terrorist enclave in the country. The area has been declared a “de-escalation zone” under an agreement between Russia, Turkey and Iran.