It is no secret that Syria has been marked for regime change for at least two decades. In a 2007 speech given by General Wesley Clark regarding what he called a US “policy coup,” he relayed a 1991 conversation between himself and then Under Secretary of Defense Paul Wolfowitz. Wolfowitz indicated that America had 5-10 years to clean up old Soviet “client regimes,” namely Syria, Iran, and Iraq, before the next super power rose up to challenge western hegemony.

Following the September 11, 2001 attacks, Clark was again passed plans drawn to implement regime change throughout the Middle East, specifically to attack and destroy the governments of 7 countries; Iraq, Syria, Sudan, Somalia, Iran, Lebanon and Libya. In 2002, then US Under Secretary of State John Bolton, would add Syria to the growing “Axis of Evil.”

Wesley Clark reveals in a 2007 speech that regional upheaval in the Middle East was planned since 1991.

In a recent CNN article, acting State Department spokesman Mark Toner stated, “We’re not working to undermine that [Syrian] government. What we are trying to do in Syria, through our civil society support, is to build the kind of democratic institutions, frankly, that we’re trying to do in countries around the globe. What’s different, I think, in this situation is that the Syrian government perceives this kind of assistance as a threat to its control over the Syrian people.”

Toner’s remarks come after the Washington Post released cables indicating the US has been funding Syrian opposition groups since at least 2005 under the Bush administration and was continued under Obama. To suggest America is promoting any conceivable form of democracy in Syria, when it itself is ruled by a monopolistic corporate oligarchy within which special interest driven agendas transcend presidential administrations is tenuous if not scandalous. It is quite clear that Wolfowitz’ agenda back in 1991 had long ago leaped from the drawing board and into practice, undermining the Syrian government through sanctions and seditious, foreign funded “civil society” networks.

What has ensued in Syria during the also admittedly US-funded “Arab Spring” is a puppet show of sorts, where Obama feigns surprise and confusion over what to do about Syria’s unrest. As the violence escalates, the propagandists predictably argue that Obama is doing “nothing” as Syrians yearn for “true democracy and freedom.” Undeniably, however, the US has fueled the unrest from the very beginning and most certainly is far from doing “nothing.”

In a recent AFP report, Michael Posner, the assistant US Secretary of State for Human Rights and Labor, stated that the “US government has budgeted $50 million in the last two years to develop new technologies to help activists protect themselves from arrest and prosecution by authoritarian governments.” The report went on to explain that the US “organized training sessions for 5,000 activists in different parts of the world. A session held in the Middle East about six weeks ago gathered activists from Tunisia, Egypt, Syria and Lebanon who returned to their countries with the aim of training their colleagues there.” Posner would add, “They went back and there’s a ripple effect.”

The ripple effect of course are the uprisings themselves, facilitated by yet more aid, equipment, and the complicity of the corporate owned media, disingenuously portraying the events as “spontaneous,” “genuine,” and “indigenous.” Protesters running amok in city streets from Cairo, Egypt to Daraa, Syria carrying out arson and mayhem are described as “peaceful protesters” and any attempt by regimes to restore order is deemed an “acts of repression.”

With the preplanned operation to effect regime change in Syria already well underway, propagandists and co-conspirators like Council on Foreign Relations (CFR) member Elliot Abrams disingenuously berates Obama for standing idly by. In a recent article published on the CFR’s website, Abrams argues that “the Obama Administration should be in no “bind” or “quandary” about Syria,” citing “200 peaceful protesters now dead in the streets of Syria’s cities.”

Abrams also brings up Iran, and that collapsing Syria’s Assad regime would be a step toward isolating and collapsing Iran as well. Also of interest, Abrams reconfirms reports that Libya indeed was amongst one of many nations that supplied fighters to Iraq, funneled through Syria he emphasizes, in an oafish attempt to bolster his argument for removing Assad from power. These fighters were drawn from eastern Libya, where many of them now are part of the US-backed rebellion against Qaddafi.

Abrams’ propaganda and similar pieces are meant to create a strategy of tension to herd the people into their political camps, create the illusion of debate, and justify an already foregone conclusion – regime change in Syria. Abrams concludes his piece by stating that the US “should side clearly with the people of Syria, who want an end to the Asad nightmare.” Quite obviously, the US already has. Just as one sitting through a bad play they already know the ending of, we too are made to endure a poorly performed act put on by puppet politicians as the corporate-financiers coax us through another leg of their agenda.

We must then look past the puppet show and instead focus on the corporate-financier puppet masters hovering above the stage. We must see them as the problem, and understand that replacing them is the solution. 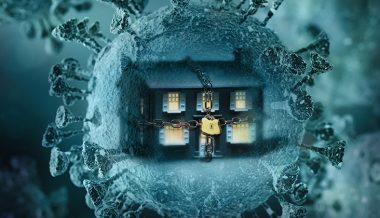