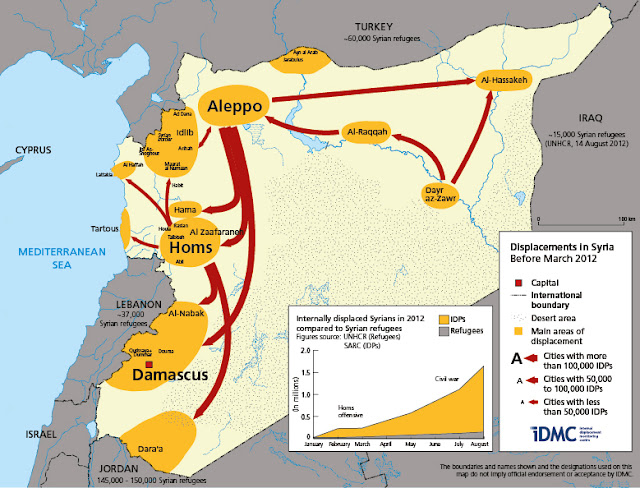 Despite Syria’s ongoing conflict, life in many parts of the nation goes on. Syria’s election schedule is no exception. The last parliamentary elections before the latest held this month were in 2012. Since these elections are held every 4 years, the recent elections were far from a “political stunt” to bolster the legitimacy of the current government, but instead represented the continuity of Syria’s ongoing, sovereign political process.

Attempts to undermine the credibility of the elections have become the primary objective of US and European news agencies, however, even the US government’s own election monitoring nongovernmental (NGO) agencies have conceded the last presidential election in 2014 saw soaring voter turnout, and despite attempts to leave voter turnout this year omitted from US-European press reports, it appears to also have been high.

The Washington-based, USAID-funded “Election Guide” reported a 73.42% voter turnout in Syria’s 2014 presidential election, a turnout that would be astounding had they been US elections. Voter turnout for the 2008 and 2012 presidential elections in the US, for example, were 57.1% and 54.9% respectively. The 2016 Syrian parliamentary elections appear to have also enjoyed a high turnout, with the International Business Tribune in its article, “Syria Elections 2016 Updates: Geneva Peace Talks Resume Amid Scrutiny Of Country’s Ballot Process,” reporting that:

Voting hours for the Syrian parliamentary elections Wednesday were extended for an additional five hours because of such a high voter turnout. A religious leader there lauded the number of voters participating, saying that it was an indication to voters’ apparent opposition to the “cruelty, terrorism and destruction” experienced in Syria’s civil war.

Despite high turnouts in previous elections and indicators like that reported in the International Business Tribune regarding this latest poll, US papers like the New York Times (NYT) decided to sidestep facts and intentionally indulged in unconfirmed, anecdotal stories to portray turnout as low as possible and the credibility of the elections nonexistent.

Large parts of the country that are controlled by insurgent groups did not participate in the voting on Wednesday. Despite a fragile partial cease-fire, government and Russian warplanes have continued to hit areas controlled by nationalists and Islamist rebels, as well as territory held by the Islamic State, also known as ISIS and ISIL. An American-led coalition is also bombing areas held by the group.

Throughout Barnard’s NYT piece, she categorically fails to inform readers that while the geographical areas “controlled by insurgent groups” might be “large,” the majority of Syria’s population does not reside within them, and clearly chose to vote in large numbers both in 2014 and 2016 for the current government.

Claims that Kurdish regions also did not participate, omitted the fact that Syria’s total Kurdish population is less than 10% of Syria’s population and that not all Syrian Kurds reside in these regions and refused to vote.

It is usually the US that reminds the world of Syria’s displaced population. What it often doesn’t mention is the fact that most of these displaced Syrians have not fled abroad either to Turkey or Jordan or further beyond to Europe, but have instead sought safe haven in Syria’s capital of Damascus and the protection of its government and the Syrian Arab Army.

The US-EU-funded Internal Displacement Monitoring Centre (IDMC) would reveal precisely this in its 2012 report, “Syria: No safe haven – A country on the move, a nation on the brink,” stating:

Syria’s two biggest cities Damascus and Aleppo were seen as safe havens from the violence and gradually saw a large influx of IDPs [internally displaced persons] fleeing from the zones of conflict.

It is clear that the majority of Syria’s population are fleeing from US-EU backed “freedom fighters” and seeking sanctuary under the protection of the “regime” Western powers have attempted to convince the world led by villains. With this in mind, poll results in favor of the ruling government should be of no surprise, despite rhetoric circulating in US-European media.

This reality confirms the West’s worst fears, that despite all attempts to divide and destroy the modern nation-state of Syria, the people remain relatively united in cause to restore peace and order within the nation, and to do so with the current government leading the way.

It is clear by the statements made by the United States and several European nations regarding the recent elections that the problem was not necessarily the manner in which the elections were held, but who they included. It was not candidates Syrian law excluded from the elections, but candidates the United States and Europe simply do not approve of. In other words, the US and Europe are doing precisely the opposite of promoting self-determination in Syria and are in fact attempting to undo or otherwise undermine the credibility of the results of the recent elections.

NPR in an article titled, “Parts Of Syria Vote In Parliamentary Elections That Critics Say Are A Sham,” would report that:

Mark Toner, U.S. State Department deputy spokesperson, said this week that “to hold parliamentary elections now given the current circumstances, given the current conditions in the country, we believe is at best premature and not representative of the Syrian people.”

A French Foreign Ministry spokesman called the elections a “sham,” while his German counterpart said that country “will not accept the results,” Reuters reported.

It should be remembered that the US and its European allies eagerly supported elections held in Ukraineamid fierce fighting in the nation’s easternmost region. Despite the inability or unwillingness of many in Ukraine to vote, the elections were both held and recognized by the US and Europe. The reason for this hypocrisy should be clear. Those running in Ukraine’s elections were candidates the US and Europe approved of, supported, and knew would win, while those running and most likely to win in Syria’s elections are not.

Thus, “democracy” from an American or European point of view, is more about special interests in the West selecting a foreign nation’s future government, not its people, unless of course, the people can be convinced to back those candidates Washington and Brussels supports as well.

Not only does the recent election in Syria confirm the West’s worst fears of a failed campaign to divide and destroy the nation, casting doubts on the viability of installing a Western-friendly regime into power during the proposed “transition,” but rather than exposing the alleged illegitimacy of Syrian democracy, it is the West’s brand of selective meddling and manipulation of polls that has been laid out for all the world to see.

With any luck, Syria may serve as an example for other nations to follow in resisting and overcoming foreign interference in their domestic political processes.