Hailed by the Western press and its impressionable readers worldwide as the “latest blow to Assad,” the departure of Syria’s Prime Minister Riad Hijab followed a mere 2 months in office. Hijab had been Syria’s agricultural minister since April of 2011, and only just recently was advanced to prime minister in June after recent elections were held in May 2012. 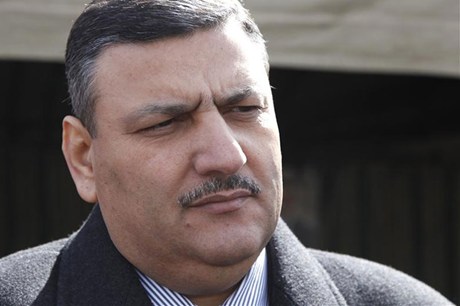 Image: Syrian Prime Minister Riad Hijab was in office for only 2 months before allegedly “defecting.” According to an aide, he had been planning his departures “for months” meaning his decision was not based on current events in Syria – events that have decidedly seen NATO’s momentum blunted after brazen terrorist attacks in Damascus and Aleppo were rolled back by a resilient Syrian Army.

According to Hijab’s aide, the “defection” was planned “for months,” indicating that Hijab had apparently made his decision either upon becoming prime minister, or even beforehand – and that his decision to do so was not based on current events unfolding in Damascus or Aleppo, but on the lay of the battlefield “months” ago.

Months ago, NATO and its militant extremist front, the so-called “Free Syrian Army,” were preparing for “Operation Damascus Volcano.” Had Hijab become aware of the operation – an operation the Syrian government clearly knew about and was preparing for – the decision to escape being targeted in the operation by quietly agreeing to defect, might have been very tempting.

Speculation aside, Hijab’s preparations to leave would have inevitably caught the attention of the Syrian government, jeopardizing his future prospects regardless of how “Operation Damascus Volcano” turned out. For Hijab, NATO and its FSA proxies failed to materialize the momentum they sought with the assassination of top Syrian officials and militant attacks on Damascus and Aleppo, meaning that the government Hijab had quietly turned against would be in power significantly longer than expected.

Additionally, the brevity of Hijab’s premiership precluded his ability to provide any meaningful tactical or operational capacity to solving Syria’s current crisis, even if he possessed the capability of doing so. His loss, for whatever reason, will ultimately be of little consequence inside Syria, and serve only a muted role in boosting morale for NATO’s terrorist front on and around the Turkish-Syrian border, and the West’s sagging, morally bankrupt propaganda campaign abroad.