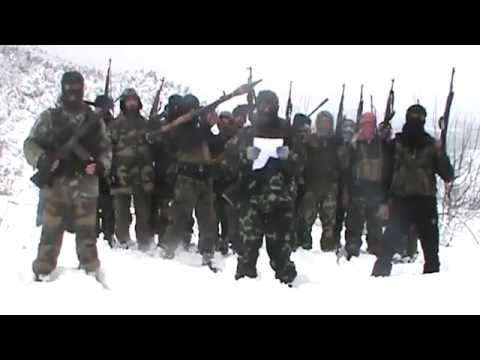 “War is a survival among us from savage times and affects now chiefly the boyish and unthinking element of the nation.” – Percival Lowell, American author and astronomer. Pluto was named after him.

Put the “Arab Spring” in Syria on hold. If NATO has its way, winter is coming to Damascus, and the snow won’t be falling on Assad alone.

NATO’s campaign of terror against Syria is only beginning, and discerning Syrians know it. Syria is preparing for a long NATO winter. This is the time to bunker down and get spiritually prepared for the disappointments, stresses, and horrors of war.

In recent months, Christians have been forced out of their ancient communities by NATO-backed Islamist savages who have terrorized Syria for over a year. Christians may be easy targets for NATO’s thugs, but they’re not being left behind by the rest of Syria’s diverse communities that are loyal to Assad. Syrian Christians recognize that their fate is shared by the majority of the Syrian people, who seem to be unified behind the government at the moment.

The U.S. and Israel have tried to divide Syria and pit its people against their government so as to disguise their war of aggression against Syria as an internal populist uprising against Assad. They have instigated sectarian warfare in Syrian cities, broadcasted fake stories to the world, trained and deployed death squads, and assisted fanatical Islamist terrorists with financial, logistic, media, and military support.

Overthrowing Syria’s current government would be not a democratic or a humanitarian accomplishment. It would be another act of U.S./NATO aggression against a sovereign nation state in the Middle East. Prof. Michel Chossudovsky says, “The objective of the US sponsored armed insurgency is –with the help of Israel– to “Break Syria into Pieces.”

Carving up Syria is impossible without the support of the Kurds, who so far have remained on the sidelines in the conflict due to the heavy presence of the Muslim Brotherhood and other Islamist groups in the falsely labeled Syrian opposition.

Sheikh Abdullah Tamimi, a Salafist Imam from Homs, told an Israeli television station that he desires Israel’s participation in the takedown of the current Syrian government. Remember, these are the same filthy Imams who turn around and scream “Death to Israel” once they’re in power, after having received Israeli and American support to throw off their secular enemies like Assad.

Islamic shepherds are two-faced demons who only care about money and power, not justice and truth. Bashar al-Assad is more faithful, civilized, and honourable than the zealous hordes of Islamist terrorists who are blowing down the Syrian house with NATO’s hot air.

Listen to Hafez al-Assad’s speech in 1982 about the dangers posed by the Muslim Brotherhood to the security, freedom, and stability of Syria.

The NATO-Israeli-Islamist alliance in Syria is not a marriage of convenience with a short honeymoon, but a strategic and political partnership that has been long in the making. The U.S. has destroyed secular governments in the Middle East and replaced them with Islamic fundamentalist regimes to set the stage for a Clash of Civilizationsbetween the West and Islam.

The goals for this secret and long-term policy are clear: 1) reduce the human population, 2) destroy sovereign and independent nation states, and 3) implement an authoritarian world government. Assad is a small victim of this grand vision. It’s a sacred mission that’s been planned to position America against Iran, and Israel against Islam, in a third world war – the last world war of the modern age.