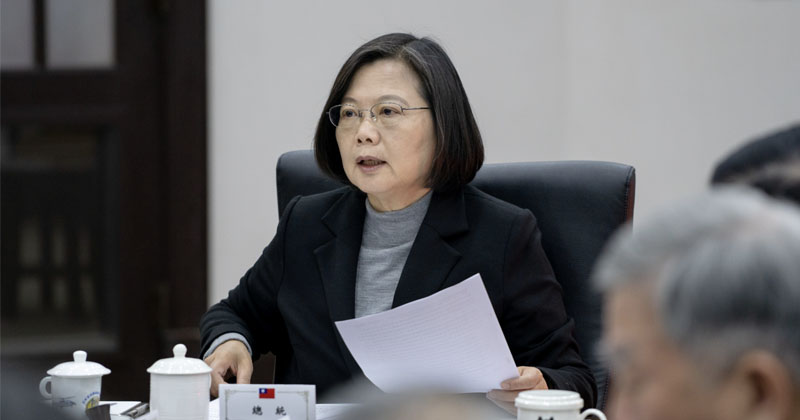 On Saturday, citizens of the Republic of China headed to the polls to cast their votes for a new president and vice president of Taiwan.

Tsai Ing-wen has declared that has she won a second term as president of the Republic of China, commonly known as Taiwan.

According to Bloomberg News, citing local reports, with 99.4% of the polls counted, Tsai Ing-wen has gained around 57.2% of the vote. Her main opponent – Han Kuo-yu of the Kuomintang party (KMT) – came in second place with approximately 38.6% of the vote.

Taiwan’s first female president also said that Beijing must “abandon threats of force” against the republic.

“I hope that Beijing will show its goodwill”, Tsai added.

Tsai Ing-wen is Taiwan’s incumbent president and belongs to the Democratic Progressive Party (DPP). She won the presidential race back in 2016 and was eligible for re-election this year.

The political status of Taiwan remains controversial, as although the Republic of China adopted the “One China” policy in 1979, acknowledging its status as an inseparable part of China, Tsai has publicly spoken out against it. While she continues to support economic trade links between Taiwan and mainland China, Tsai has also expressed solidarity with the recent protests in Hong Kong.

Taiwan has never declared formal independence from China but has maintained independent trade links with the United States.

Alex Jones breaks down the global expansion of the Communist Chinese takeover.