The United States and the unelected European Union nomenklatura have decided to sacrifice the world economy in a bid to punish Russia for its response to the crisis in Ukraine.

On Monday, the U.S. announced tightened sanctions on Russian officials and a number of Russian banks and companies, including Sobinbank and energy company Stroytransgaz Group.

On Tuesday the former U.S. ambassador to Russia, Michael McFaul, told MSNBC imposing a new round of sanctions on the Russian banking sector and gas industries will reverberate negatively throughout the global economy.

“The debate is between those that want to deter Putin and punish him versus those that worry about the global economy,” McFaul said.

He added that more comprehensive economic sanctions are “going to hurt, first and foremost, the Europeans, and maybe our economy. On the one hand, [Obama] wants to push back on Putin. On the other, he doesn’t want to precipitate a global recession.”

The Russian natural gas exporter, Gazprom, warned on Tuesday new sanctions will adversely impact its operation and economic status. Gazprom provides thirty percent of Europe’s natural gas. Gazprom issued the warning after Ukraine said it will take the company to court in response to a doubling of prices after the February coup. Ukraine owes the gas giant more than $2 billion.

“The European economy is barely now recovering from a recession,” Nouriel Roubini told Bloomberg TV on Monday. The noted economist said further escalation of the crisis in Ukraine “could tip back the eurozone into a recession.”

“There’s the beginning of an economic recovery, but this is a recovery that’s fragile, it’s anemic, it’s uneven, especially in the periphery of the eurozone. I would say the last thing that the eurozone can afford and need right now is another shock coming from an increase in gas prices and or even a cut off of supply of gas coming from Russia to the Western European economies. That would tip the European economies back into a recession if that were to occur,” he said.

Due to the interconnectedness of the globalist economy, a continuation of recession in the eurozone would ultimately affect economic growth around the world. 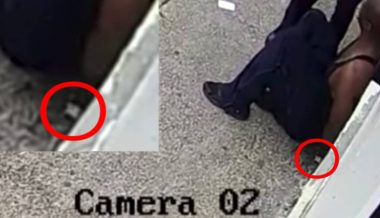 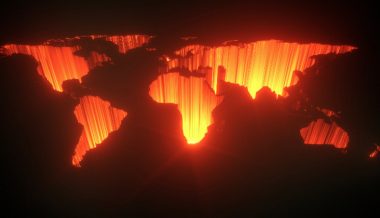 The Soros Army Burns Down America