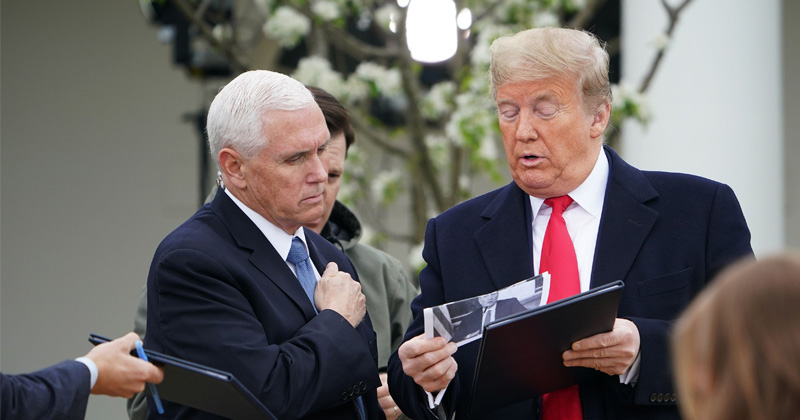 A tech publisher says President Trump is wrong to push Hyrdoxychloroquine as a potential coronavirus treatment because researchers in China say so.

You can’t make this up – and it’s a novel example of why public trust in legacy media has reached all-time lows, as China has been lambasted globally for covering up the severity of the coronavirus.

According to the lead sentence of the Tech Crunch article in question (with emphasis added):

In a prime example of why President Trump shouldn’t be endorsing any unproven potential treatments for the novel coronavirus behind the current global pandemic, a new small-scale study by researchers in China indicates that the antimalarial drug hydroxychloroquine actually isn’t any more effective than standard, existing best practice for conventional care of patients with the virus.

Given how China has faced near-universal criticism across the entire political spectrum over its handling of the pandemic – particularly its attempts at censorship – anything researchers in China are saying right now should be treated with a healthy dose of skepticism, especially as China does have an agenda against President Trump.

That’s not to say President Trump isn’t wrong, but China isn’t the Ministry of Truth for the world.

This is another example of what lengths anti-Trump journalists will take to attack the president, even if it means getting into bed with China.

China has been criticized globally for delaying reports of the outbreak in Wuhan and muzzling whistleblowers who tried to speak out about the coronavirus – and the latter highlights how researchers in China don’t have a lot of latitude to say anything that directly challenges China’s one-party official narratives.

“Li Wenliang, a medical doctor and one of the first eight people to warn the public about the novel coronavirus, has died… due to the infection, sparking a level of collective anger and grief unseen on Chinese social media,” reported Aljazeera. “Hailed as a national hero, Dr Li was apprehended by Wuhan police for spreading ‘rumours’ earlier last month.”

“He had warned his classmates in a private WeChat message about a SARS-like virus spreading in Wuhan, the epicenter of the epidemic.”

Chinese officials had ordered a cover-up of the outbreak in December, according to the New York Post citing a report.

“In late December, several genomics companies tested samples from sick patients in Wuhan — the center of the coronavirus outbreak — and noticed alarming similarities between their illnesses and the 2002 SARS virus, the Sunday Times of London reported, citing Chinese business news site Caixin Global,” the paper reported. “The researchers alerted Beijing of their findings — and on Jan. 3, received a gag order from China’s National Health Commission, with instructions to destroy the samples.”

“Rather than hunkering down to contain the virus, Wuhan officials went ahead with their annual potluck dinner for 40,000 families.”

The Chinese Communist Party Official Spokesperson at the Ministry of Truth released an official statement below: