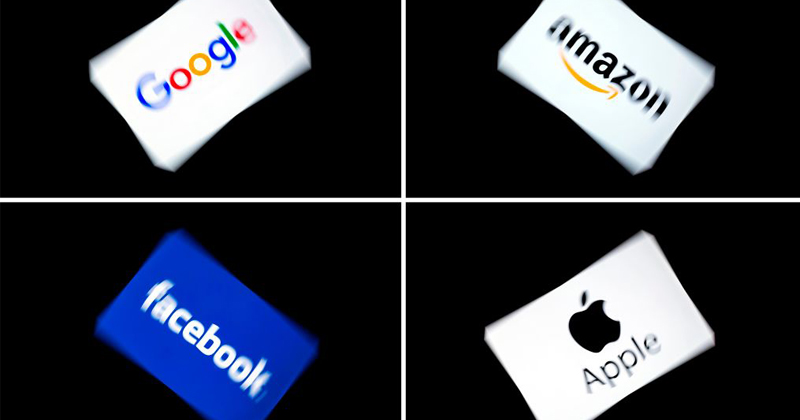 US Senator Josh Hawley is demanding a criminal antitrust probe of Amazon as the e-commerce behemoth’s powers grow to rival the government’s own. Google and Apple, too, are now ordering governments around.

Amazon “abuses its position as an online platform and collects detailed data about merchandise so Amazon can create copycat products under an Amazon brand,” Hawley charged in a letter he sent to US Attorney General William Barr on Tuesday. The senator (R-MO) demanded a criminal probe of the e-commerce giant, accusing it of engaging in “predatory and exclusionary data practices to build and maintain a monopoly” – a textbook violation of antitrust law.

Charging that Amazon has gained unprecedented monopoly power through the sheer wealth of data it has collected on its users, allowing it to clone sellers’ products and undercut them on price, the senator likened the company’s “capacity for data collection” to “a brick and mortar retailer attaching a camera to every customer’s forehead.” With the coronavirus pandemic forcing the lion’s share of commerce online, Amazon has assumed near-omnipotence.

Even if all of Hawley’s allegations – derived from a Wall Street Journal investigation published earlier this month – are proven 100 percent true, it’s questionable whether the Justice Department would be willing (or able) to punish Amazon.

In some ways, the company is at least as powerful as the government whose laws it goes through the motions of obeying. Amazon’s cloud servers host the CIA, the Department of Homeland Security, the Defense Department, and other US agencies, meaning if the company decided to throw a temper tantrum in response to legal penalties (as it threatened to do in France) government operations could be severely disrupted.

Indeed, after losing the lucrative Pentagon JEDI contract to competitor Microsoft, it was Amazon that hauled the Trump administration into court and may yet force it to reconsider. If the trillion-dollar company can scupper the plans of the White House, another antitrust probe (several are already underway) is unlikely to correct its behavior.

Google and Apple, too, have grown so large and powerful they can not only compete with governments, but bend them to their will. Germany was forced on Sunday to scrap its plans for an open-source privacy-prioritizing contact-tracing system (the so-called Pan-European Privacy-Preserving Proximity Tracing platform) after Apple refused to make changes to its iOS operating system that would have allowed public health apps built on the platform to access Bluetooth data from a central server.

Apple, which is working on its own decentralized contact-tracing platform in conjunction with fellow tech behemoth Google, refused to make the change, locking horns with the German government – supposedly in the name of user privacy. The Apple-Google platform logs contact data on users’ devices, rather than a central server, keeping it theoretically under users’ control, as well as under Apple’s and Google’s.

While it’s nice to think these mega-corporations genuinely care about users’ privacy, Apple’s objection to the German government’s demands was almost certainly motivated by market considerations. Google and Apple have insisted their decentralized platform will come with all the privacy protections a concerned user could want, but both companies’ dismal privacy records cast doubt on such promises.

A central server controlled by the German government would have deprived Apple and Google of the user data that is their lifeblood – clearly an unacceptable scenario for the trillion-dollar companies. Faced with such powerful opposition, a German government source told Reuters there was “no alternative but to change course.”

Opponents of the German system warned that centralization of data would permit “unprecedented surveillance of society at large” – a very real and valid concern. But is placing that same wealth of data in the hands of the private sector – in Germany or in the US – really preferable? Big Tech may be eager and willing to assume the mantle of Big Brother, but those on the receiving end of a heavy-handed surveillance state are unlikely to care whether it’s the public or private sector doing the oppressing.

Watch this video censored by YouTube that’s available at Banned.video, your go-to source for blacklisted videos.