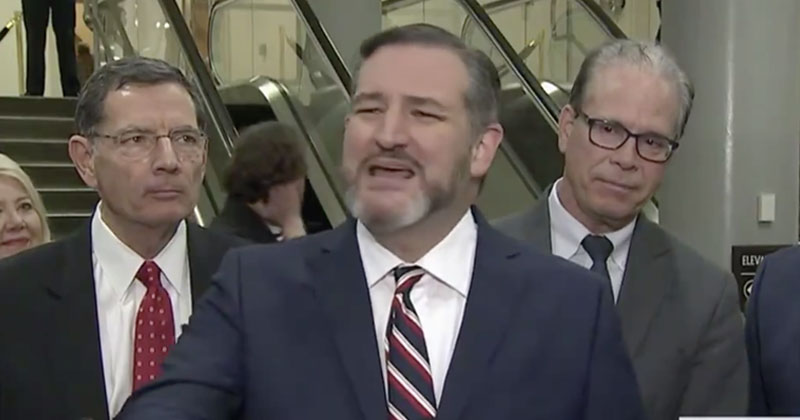 Speaking to reporters after the Senate trial was recessed on Monday evening, Cruz attempted to explain the importance of uncovering the Bidens’ alleged corruption, but was repeatedly interrupted and berated by the angry liberal media.

At one point, a reporter claimed Trump’s legal team didn’t mention what crimes the Bidens may have committed, then suggested that Cruz’s young children should perhaps be imprisoned for nepotism.

“Basically what they said was, Hunter got a job, his dad was vice president…if that was a crime, I mean, shouldn’t half of your children be in prison?” he asked Cruz.

Cruz responded, “My children are 9 and 11, and I’m sorry you want to throw a 9-year-old in prison…stop playing the nasty Washington game.”

The media was so incensed by the Trump legal team’s testimony regarding the Bidens, that the major news networks NBC News, ABC News, and CNN all refused to air it.

You can watch the bombshell Biden testimony by former Florida Attorney General Pam Bondi below: