There is a bit of magic to it

There is a bit of magic to it.

Images sent over thousands of miles, well-lit anchors who seem alert to everything of importance taking place in our world, field reporters in far-flung places who pop up and respond instantly to the anchors and deliver close-up accounts of vital events. 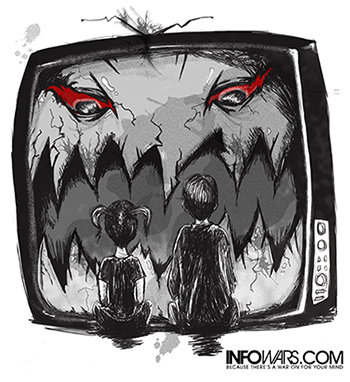 And the same important faces of government leaders who, day after day, are struggling to improve our destiny against great odds, against intransigent enemies of progress.

All this is delivered to us in the space of a few minutes, each night, like clockwork.

The fatuous wall-to-wall lies aside, the news presents that little show of magic which the people sorely need. The need never dies. It’s eternal.

Substitutes for the real thing are acceptable. The television anchors can be obvious oafs, hucksters, cheap con artists; it doesn’t matter.

They can twist the truth, burn it, hide it, step on it, reverse it; it doesn’t matter.

If the US government hires, supports, and arms terrorists, the news can claim the government is doing everything possible to fight against terrorism—including the installation of a massive Surveillance State. The absurd contradictions are simply ignored.

As long as television news gives viewers a small hit of magic, it stays in business. The magic is the stage play, the anchors and reporters are the actors, and the whole show, as it passes into eyes and ears, imparts a dreamlike quality.

Once upon a time, the dream, the magic, the myth were the saddle, reins, and horse of a great personal adventure. But in this modern age, the news stands in as the (brain-addled) knight on his quest for truth and meaning.

In 1927, Carl Jung wrote: “…the dream is the theater where the dreamer is at once scene, actor, prompter, stage manager, author, audience, and critic.”

But for most people, that startling analysis was too much. A single human being staging his own reality? Impossible. The dream and the magic must come from somewhere else, from a place and personage stamped with an official authoritative imprimatur.

When this happens on a daily basis, most viewers sink so far into the stage play they fully accept its parameters and remain enclosed.

The space, time, and energy of the play form a continuum that is a prison.

By extension, speak to people about lost civilizations, hidden archeology, visitors from space—all of which are not-self—and they are eager for more of that magic.

But talk to them about lost continents within the Self, the archeology of the subconscious, the alchemical force of imagination, the creative principle underlying knowledge, their own manufacture of reality…and they tend to back away.

They prefer Small Self to Large Self. They’ve chosen a humble role. That’s the front they want to show to the world.

And society, government, and the news are more than happy to subjugate them to such a role.

And that’s how individual power is replaced and hidden.

When I was a small boy, the stooge for official reality was one of the most respected men in America, Edward R Murrow. He seemed to be talking out of a dark vault. His somber tone, his serious intent, his moonscape rhythms offered doom, but always with a hint of light, because he knew Justice and, therefore, it might still prevail, if good men stepped forward and fought for it.

I can still remember thinking, this is a show, it’s a good show, but it’s theater. I knew that, because in those days my friends and I played on fields of our own choosing, we were free, we made up our own rules and our own games, and we loved having that power.

And then at night, I found my imagination by reading novels about sea voyages and trips to other planets—and soon enough I realized the news was a story about power being everywhere I wasn’t.

It was a losing proposition, from one end to the other.

Fortunately, my other early education was conducted in a local pool room. People who were a lot smarter than I was taught me how to recognize a hustler.

Official reality is a cosmic hustler.

Jon Rappoport, the author of two explosive collections, THE MATRIX REVEALED and EXIT FROM THE MATRIX, Jon was a candidate for a US Congressional seat in the 29th District of California. He maintains a consulting practice for private clients, the purpose of which is the expansion of personal creative power. Nominated for a Pulitzer Prize, he has worked as an investigative reporter for 30 years, writing articles on politics, medicine, and health for CBS Healthwatch, LA Weekly, Spin Magazine, Stern, and other newspapers and magazines in the US and Europe. Jon has delivered lectures and seminars on global politics, health, logic, and creative power to audiences around the world. You can sign up for his free emails at www.nomorefakenews.com. 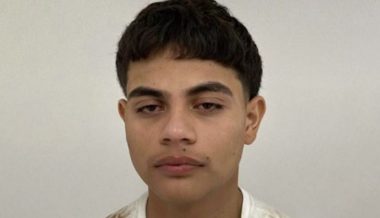