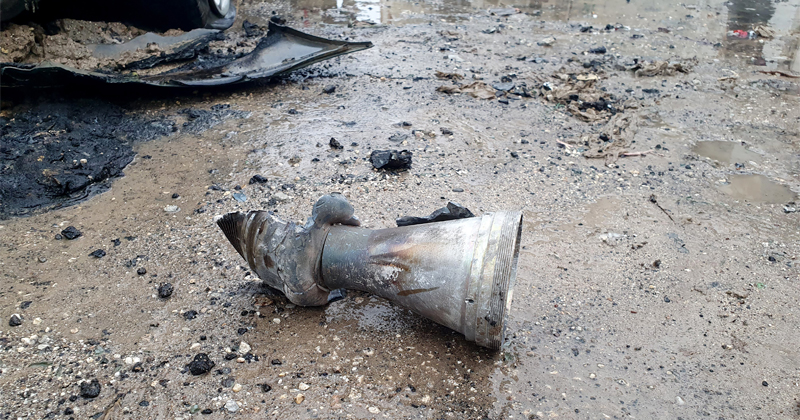 Ten rockets have hit a base near Baghdad that houses US personnel, the Iraqi army has reported. It’s not yet clear whether the attack on al-Taji base resulted in any casualties.

The Katyusha rockets struck al-Taji, located 27km north of Baghdad, on Wednesday, the Iraqi army reported. The base houses American forces in addition to Iraqi soldiers.

The attack is the latest of several to hit US and coalition facilities in Iraq within the past several months. Several rockets landed in and around al-Taji in January, injuring a member of Iraq’s security forces, and last week two rockets reportedly struck Baghdad’s Green Zone, setting off alarms at the US Embassy.

Video circulating on social media purports to show the rockets being launched. No group has taken credit for the attack.


While Baghdad officially condemns the attacks, the Iraqi parliament passed a nonbinding resolution in January requesting all foreign troops leave the country following the US killing of Iranian Major General Qassem Soleimani. The suggestion has been ignored even as the Trump administration continues to pay lip service to Iraqi “sovereignty.”

On Tuesday US Marine Corps General Kenneth McKenzie that the Pentagon is “in the process of bringing air defense systems” into “Iraq in particular” to “protect ourselves against another potential Iranian attack.” The CENTCOM chief, speaking in front of the House Armed Services Committee, did not touch on whether the US had secured Baghdad’s permission for such a delivery, despite Defense Secretary Mark Esper having admitted over a month previously that Washington was still awaiting “permission from the host government” to move Patriot missile batteries into Iraq.

The US has cited Iran’s retaliatory missile strikes on al Asad and Erbil bases, which came in response to the Trump administration’s assassination of Soleimani, to justify beefing up air defenses, even as Baghdad has made it clear Iraq is not interested in serving as a battleground for the two countries.

Alex Jones shows the breathalyzer paperwork on air that proves he was under the legal limit for blood alcohol content needed to charge him with a DWI after being arrested.