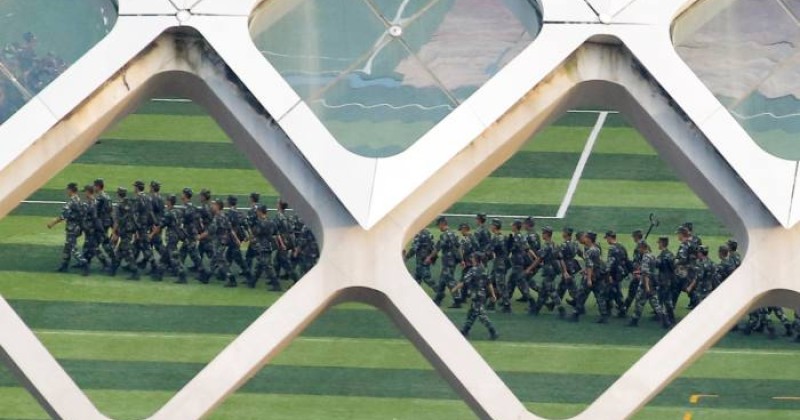 Tens of thousands of China’s People’s Armed Police (PAP) troops are massing inside a sports center just a few kilometers away from Hong Kong.

“There are tens of thousands of troops inside but they aren’t letting us inside to clean, I’ve only been able to sneak a peek,” said a worker at the stadium.

According to the FT, despite authorities demanding PAP troops be sealed off from the outside world, “the sounds of boots stomping and thousands of personnel roaring” is echoing throughout the stadium.

The whole area has been turned into a “military restricted zone” and reporters are being asked to leave.

Beijing started massing troops in Shenzhen last week as a show of force to intimidate protesters in Hong Kong.

As we previously reported, experts say China is unlikely to send in armed troops to quell unrest but could disguise soldiers as Hong Kong police officers.

If Beijing did send in troops, they would prefer to rely on the PAP rather than the People’s Liberation Army, which is still notorious for carrying out the Tiananmen Square massacre in 1989

Earlier today, pro-independence political activist Chen Haotian called for a run on Chinese banks, asking that everyone in Hong Kong withdraw their money on the same day.