[efoods]A new model of the way the THz waves interact with DNA explains how the damage is done and why evidence has been so hard to gather.

Great things are expected of terahertz waves, the radiation that fills the slot in the electromagnetic spectrum between microwaves and the infrared. Terahertz waves pass through non-conducting materials such as clothes , paper, wood and brick and so cameras sensitive to them can peer inside envelopes, into living rooms and “frisk” people at distance.

The way terahertz waves are absorbed and emitted can also be used to determine the chemical composition of a material. And even though they don’t travel far inside the body, there is great hope that the waves can be used to spot tumours near the surface of the skin.

With all that potential, it’s no wonder that research on terahertz waves has exploded in the last ten years or so.

But what of the health effects of terahertz waves? At first glance, it’s easy to dismiss any notion that they can be damaging. Terahertz photons are not energetic enough to break chemical bonds or ionise atoms or molecules, the chief reasons why higher energy photons such as x-rays and UV rays are so bad for us. But could there be another mechanism at work? 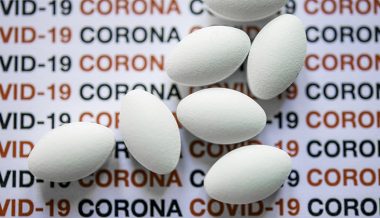