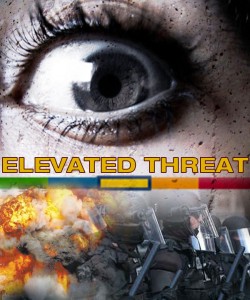 Around the country ‘regular people’ are coming face to face with terror! Mall invasions, chemical warfare and deadly explosives test infrastructure security and cause mass hysteria. Of course, all of these were pedestrian events overhyped to justify the bloated budgets of the terror-industrial security complex. But you don’t know that!

Hype:
The life sciences building at Ohio University was evacuated on Friday January 14th after a possible explosive material, a container of crystalized picric acid, was discovered. The Columbus bomb squad was called upon to dispose of the ‘potentially volatile’ substance.

After the initial plan to explode the substance on the premises was vetoed, the bomb squad transported the acid to The Ridges for disposal. They dug a 4 foot hole, placed charges and destroyed the substance.

Reality:
On the surface this sounds like a reasonable story. But doing a little research on the substance make the story more incredulous. Picric acid is a potentially volatile substance when it is dry. This is why it is stored in a container under a layer water rendering it safe.

Hype:
The Costa Mesa Freeway at the Riverside Freeway transition shut down for about four hours Thursday after a California Highway Patrol officer found what he believed to be a pipe bomb. The sheriff’s bomb squad detonated the device. No serious injuries were reported and authorities did not arrest anyone in connection with the incident. About 2:45 p.m.

Reality:
Authorities later determined the device was not a bomb. Sheriff’s Lt. Lynn Nehring said, “There was nothing inside”. Once again, a non incident overhyped to a fever pitch causes the breakdown of security and infrastructure collapse.

Reality:
There were no gunshots fired in the incident and the entire event was nothing more than a prank which started on the internet orchestrated by a small group of children. Authorities had pre-knowledge of the event and still allowed hysteria to get a foothold.

Hype:
A potentially explosive device with the capability of causing mass casualties was found on the route of the Martin Luther King, Jr parade.

The device inside “clearly would have had the potential to inflict multiple casualties, injury and death, to humans,” Frank Harrill Seattle Division of FBI said in an interview Tuesday. He declined to describe the device.

Reality:
This is yet another ‘potentially dangerous’ device described in vague detail to advance the fear agenda when in fact it was nothing at all.

These are just a small percentage of the types of incidents that have been overhyped in the name of better news and expanding security budgets.

In the middle of an economic crisis greater than any other in history, we cannot afford to be ruled by fear. Our focus must be resolute and we must address the real problems facing our country and not the imagined ones.

This is the very reason most of us refuse to accept the government sponsored terror agenda or the propagandizing of pedestrian events to justify that agenda. These are clear cases of ‘wag the dog’, designed specifically to inspire fear and divert the attention from the contrived implosion of the economy and the implementation of a police state control grid.