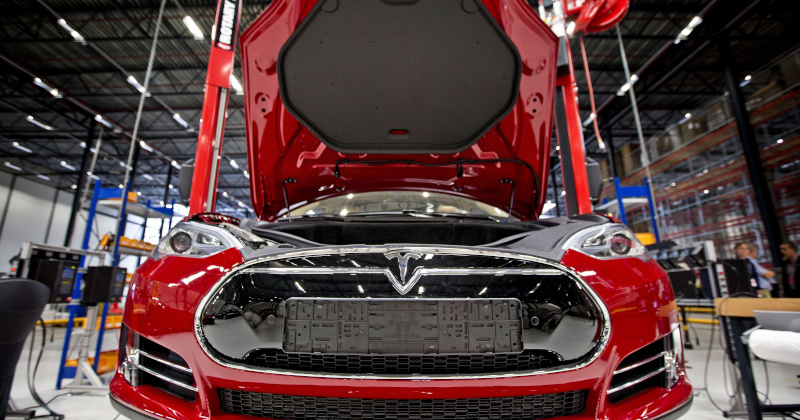 Despite somehow delivering 88,000 vehicles in Q1, Tesla came out on Tuesday and announced it was going to be furloughing all non-essential workers and implementing salary cuts due to the very same coronavirus outbreak that CEO Elon Musk once publicly labeled as “dumb.”

In true “carrot on a string” fashion, the company also disclosed at the same time that it expected to resume normal operations on May 4, “barring any significant changes,” according to Reuters.

Recall, Tesla had suspended production at Fremont and in New York on March 24.

The Fremont suspension came after a spat with the Alameda County Sheriff’s department about whether or not Tesla was an “essential” business.

It also came 8 days after Musk told his workers they were “more likely to die in a car crash” than from coronavirus.

Two days after Tesla’s delayed close, on March 26, it was reported that two Tesla employees had tested positive for coronavirus.

According to an email sent to U.S. employees by in-house counsel Valerie Capers Workman, workers pay is going to be cut 10%, directors will have their salaries cut by 20% and VP salaries will be cut by 30%, the company said.

Tesla said that pay for salaried employees would be reduced on April 13 and that cuts would remain in place until the end of the second quarter, despite the company’s plans to re-open in early May.

Any employee who cannot work from home and hasn’t been assigned to “critical work” onsite will be furloughed. Tesla said that workers will maintain their healthcare benefits until the company re-opens.

The Fremont factory employs (employed) more than 10,000 workers and was planning a ramp up in Model Y production.

We’re sure the pay cuts and employee furloughs are all due to the “dumb” coronavirus and wouldn’t be happening otherwise. Right? Or, who knows, maybe it’s time to introduce another model, do a presentation and take deposits again…